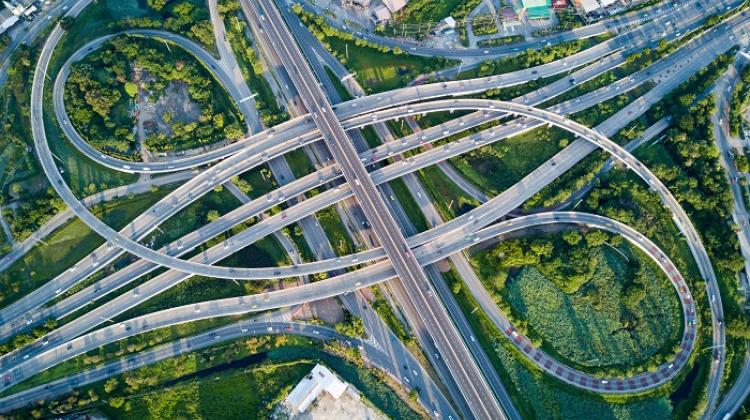 How does car tyre dust present near motorways affect the life of selected invertebrates? Scientists from Poland, Lithuania, Italy and France will check. With time, it will be possible to identify plant species that will reduce the range of dust in the most exposed areas.

As a result of the operation of vehicles, especially near motorways, various pollutants are released into the environment, including dust. 'It can be dust generated due to abrasion of various, plastic, metal or rubber parts of cars', says Dr. Agnieszka Babczyńska, a professor at the University of Silesia, winner of the IDB competition 'Green Horizon', quoted in the university press release.

With a team of scientists from Poland, Lithuania, Italy and France, she checks how like car tyre dust present near motorways affects the life of selected herbivorous invertebrates. Researchers suggest that over time it will be possible to identify plant species that will reduce the range of dust and propose to plant them in the most exposed areas.

When it comes to dust around motorways, it is a strongly varied mixture of various chemical compounds. Researchers note that the range of dust spread can vary.

'Different pollutants will be observed on plants growing right by the road, different on the leaves of trees located at a certain distance from it', emphasise the authors of the study. A lot depends on the landscape around the motorway, whether there are flat surfaces, grasses, meadows, or a mountainous terrain covered with forest. The situation is different in the summer and different in the winter. The weather also affects the range of dust.

The scientists want to take into account as many variables as possible. The research will start with the analysis of the effects of dust on the life of the life of selected herbivorous invertebrates. Babczyńska emphasizes the importance of the chemical composition of the plastics from which tyres are made.

'We know that these are polymers with various admixtures. Their microparticles first float in the air and then fall, covering plants and everything around them. Due to their physical and chemical properties and porosity, they are real Trojan horses that transport 'stowaways', other organic and inorganic compounds, which additionally complicate the toxicity of motorway dusts', she emphasises.

Research will be initially conducted in places that well represent motorway traffic: near the M1 shopping centre in Czeladź and in the wooded area near the Czułów exit on the road from Katowice to Tychy.

Researchers selected the mealworm beetle for the project. It is a well known model species. It is also available in the collection of the University of Silesia. The team from the university conducts toxicological research.

Partners from the Vytautas Magnus University in Kaunas, Lithuania proposed two additional model species: the earthworm and Daphnia. 'We have already sent them a 40 kg package with material for further research', says Dr. Babczyńska, quoted in the press release.

Italian researchers from universities in Trieste and Calabria will analyse and identify the particles originating from tyre dust that have accumulated in animal organisms, for example in the gastrointestinal tract.

In addition, in Poland the researchers will collect dust samples and send them to partners from the Grenoble Alpes University. 'A team of geochemists will describe the material obtained primarily from leaves located by the studied roads', we read in the press release.

A group of researchers from the University of Silesia also prepares reference material by abrasing fragments of different tyres in a lab. The researchers explain that the idea is to be sure that other partners will check the impact of the type of pollution that is of interest in the project.

Agnieszka Babczyńska emphasizes that this is just the beginning of research, which is why it will be difficult to find answers to all questions related to the impact of dust, regarding both its range and effects.

'We already know that it is worth to continue and expand this research. I am convinced that it will allow us to propose solutions for road infrastructure so that the motorways we build do not have such a negative impact on the nearby ecosystems', the researcher emphasises. 'I assume that we will be able, for example, to identify certain species of plants that effectively reduce the range of dust spread. This is one of the ways of protect biological diversity'.