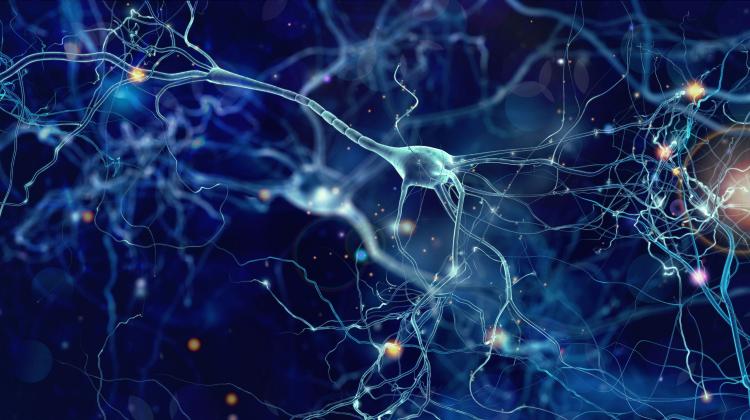 A team of Polish scientists have found a long term link between gene expression disorders in early childhood and social interaction deficits in adults. The described changes at the molecular level can be one of the mechanisms of development of neurodevelopmental diseases.

Dr. Matylda Roszkowska and Anna Krysiak together with the research team working under the supervision of Professor Katarzyna Kalita at the Neurobiology Lab of the Centre of Excellence for Neural Plasticity and Brain Disorders BRAINCITY at the Nencki Institute showed a novel link between childhood disorders in the process of retrieving the information encoded in genes, and abnormal social behaviour in the adulthood.

The research results were published in the prestigious journal Cellular and Molecular Life Sciences, the Foundation for Polish Science reports in a press release.

Dr. Roszkowska said: “Neurodevelopmental disorders such as Autism Spectrum Disorders, ADHD, or schizophrenia belong to the complex group of disorders characterized by cognitive impairments and social deficits. They are often caused by disturbances in gene expression programs in the developing nervous system.”

Gene transcription (function), and thus protein synthesis disorders may lead to changes in the number, structure, and function of nerve cells - synapses, and affect one of the fundamental brain features - neuroplasticity.

Anna Krysiak added: “Moreover, it has to be stressed that synapse alterations are among the hallmarks of the neurodevelopmental disorders contributing to their clinical outcome. Among the typical disease symptoms are disturbances in social behaviour including problems to establish complex interactions within species.”

Unravelling the neurobiological background of deficits in social behaviour constitutes a challenge in contemporary neuroscience. “The lack of appropriate tools and diagnostic tests allowing for unbiased, accurate measurements of social behaviour of animals living in groups limits the studies looking for a possible link between impaired gene function, and animals' social interactions. Understanding the mechanisms responsible for neurodevelopmental deficits is crucial for effective therapeutic strategy,” said Professor Katarzyna Kalita.

To study a relationship between changes in gene expression occurring at the early stages of development, and aberrations in adult animals' behaviour, the BRAINCITY scientists used genetically modified animals lacking one of the key proteins regulating gene activity in the brain - SRF (Serum Response Factor). Kalita's group took advantage of innovative Eco-HAB® system developed at the Nencki Institute by Dr. Knapska's group. The system guarantees accurate, highly reproducible assessment of complex social interactions in mice without experimenter intervention during the tests.

Research conducted on rodents proves that lower SRF expression impairs social behaviour of female and male mice. The animals exhibited social phobia symptoms, and avoided interactions with other individuals in the cage. The abnormal social behaviour of mouse with muted SRF expression was accompanied by structural and functional changes of dendritic spines, which harbour the majority of excitatory synapses in the brain.

In the in vitro experiments, Dr. Roszkowska and A. Krysiak confirmed that silencing SRF expression during neuronal development disrupted excitatory neurotransmission. SRF-depleted neurons had significantly lower level of AMPA receptor subunits. AMPAR is selectively activated by major brain neurotransmitter - glutamate. These changes were accompanied by smaller number of functional synapses, we read in the press release.

The changes at the molecular level may constitute one of the mechanisms leading to neurodevelopmental disorders and accompanying behavioural changes in adulthood.

Professor Kalita said: “Our research brings us closer to understanding the relationship between gene expression at critical periods during the development of the nervous system, and future neurobiological deficits symptomatic in many brain diseases.”