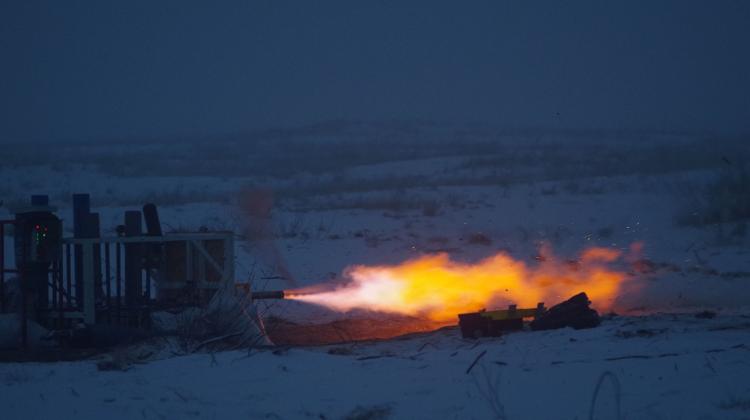 The full test of the Zawisza engine has been successfully completed - Poland\'s first full-scale liquid-propellant rocket engine, capable of autonomous work on board a rocket, constructed by AGH University of Science and Technology students.

The creators of Zawisza - a liquid-propellant rocket engine - are students from AGH Space Systems. Work on the project began in early 2016. The authors reported on the progress of their work on the rocket at many events in Poland and abroad, including the scientific conference EUCASS in Milan and the CERN research centre near Geneva.

Liquid-propellant rocket engines are extremely popular in the space industry because of their performance and scalability, students from the AGH Space Systems explained in a release sent to PAP. Their engine is the first such machine in Poland to go beyond laboratory tests. The rocket engine produces 100 kg thrust, and uses alcohol as fuel. Its creators emphasise that the novelty in their design is the use of nitrous oxide as an oxidizer - earlier prototypes of this type have not been installed in rockets.

In the coming academic year, students from AGH Space Systems plan to build the first liquid-propellant rocket in Poland. In addition, they want to compete for the world student rocket engineering championship in the prestigious Spaceport America Cup in June 2018. The competition is supported by the space sector leaders, including SpaceX, Blue Origin and United Launch Alliance.

AGH Space Systems has been in existence since 2014. Its members specialize in the development of space technologies, especially the construction of rockets, satellites, space probes and Mars rovers. The team has already won awards at international events such as the CanSat Competition 2015, the Global Space Balloon Challenge and the European Rover Challenge.