Prizes & Awards
This text can be copied 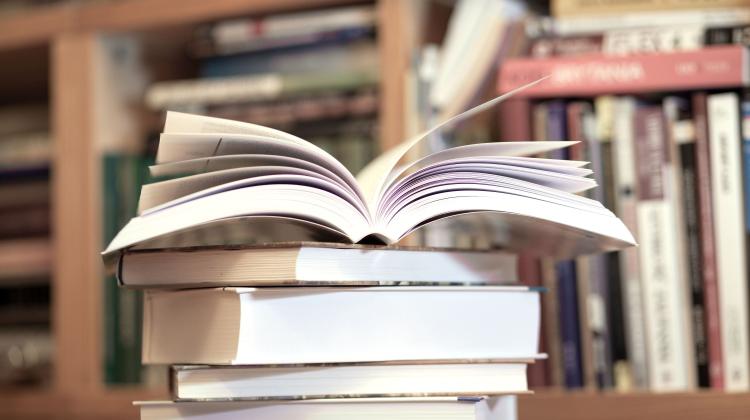 Four scientists from Poland are among the 408 winners of ERC Starting Grants - prestigious grants awarded by the European Scientific Research Council (ERC). Two researchers represent the Nicolaus Copernicus University in Toruń, and one each the Jagiellonian University and the Nencki Institute of Experimental Biology.

The list of grant winners was announced last week.

In this round, ERC will spend EUR 636 million on all grants. The projects will be implemented in 26 European countries, most of them in Germany (81 projects), the UK (70), the Netherlands (40) and France (39), the press office of ERC reports.

Starting Grants are available to researchers within two to seven years of their PhD defence, for projects of up to five years; the ERC supports innovative ideas in all disciplines of science. Grant winners have freedom in choosing a research program and building their own team.

The winners of this round of Starting Grants affiliated with Polish centres include Dr. Katharina Boguslawski from the Nicolaus Copernicus University in Toruń. The European Scientific Research Council awarded a grant of more than 1.2 million euros for the project 'Devising Reliable Electronic Structure Schemes through Eclectic Design'.

She said: “I want to overhaul the computational paradigms that are currently employed in organic electronics to design more efficient photovoltaics, for instance.”

Some of her findings may find industrial applications. The project also aims to develop a black box computing tool, which can be used to model materials with the use of quantum chemistry.

Boguslawski is a quantum chemist whose research combines chemistry, physics, mathematics and applied computer science. She focuses on developing innovative computing methods that will allow us to model the properties of large chemical molecules without the need for experiments.

The second winner of the ERC grant from the Nicolaus Copernicus University is Dr. Piotr Wcisło, who will carry out the project 'New Experimental Methods for Trapping Cold Molecular Hydrogen'. The National Science Centre reports that the project will be funded with 1.9 million euro over a period of 5 years. Wcisło studies the simplest atomic and molecular systems, whose structure can be derived from the fundamental laws of quantum theory, and uses cutting-edge laser technologies to measure their properties with a high degree of precision

Molecular hydrogen is a very attractive object for study in fundamental physics, because it is the simplest molecule found anywhere in nature: it consists of just two protons and two electrons. Its properties can be very accurately calculated from quantum theory laws, but the molecule is difficult to measure experimentally due to its very weak interactions with electromagnetic fields.

Dr. Wcisło said: “Nobody in the community is even talking of trapping molecular hydrogen. What our proposal shows is not only that there are no fundamental physical obstacles to doing so, but that we already know how to do it with the use of instruments such as, for instance, powerful lasers and superconducting coils.”

Another ERC Starting Grant went to Dr. Adam Kłosin from the Nencki Institute of Experimental Biology in Warsaw. He will carry out the project 'The Spatial Organization of Gene Regulation in Embryonic Development'.

Dr. Kłosin is a cell biologist and geneticist studying the mechanisms of gene expression in eukaryotes. The scientist wants to study the processes that regulate the spatial organisation of gene expression during the embryonic development and stress response of the model organism, Caenorhabditis elegans, the National Science Centre reports.

Kłosin said: “The grant is intended for research on gene regulation processes. The Council recognised my project, because what I do used to be studied on cells, and we want to test our assumptions on model organisms - nematodes.”

The grant worth 1.95 million over a period of five years will make it possible to purchase highly specialized research equipment, in this case a microscope, materials necessary to conduct analyses, and employ additional scientists.

The fourth grant winner is Dr. Rafał Kucharski, a transport and machine learning expert from the Faculty of Mathematics and Computer Science of the Jagiellonian University. His five year project 'Playing Urban Mobility Games with Intelligent Machines. Framework to Discover and Mitigate Human-machine Conflicts' won a grant worth EUR 1.49 million.

Kucharski will try to determine what impact AI will have on urban mobility.

He said: “How cities work, where traffic jams form, which tram and bus lines are more crowded – all these depend on human interactions and decisions, such as when we leave the house, which route we take and by which means of transportation we travel. If these decisions are taken by AI machines or robots instead, they are likely to get an edge over us.”

According to Kucharski, it may turn out that AI-equipped car owners will spend much less time stuck in traffic, while those without this technology will face greater costs, as scarce resources are used up by artificial intelligence. He said: “In my project, I want to test whether this is indeed inevitable, explore how we can co-exist with machines and find a way to prevent negative scenarios."

The ERC received nearly 3,000 grant scientific project proposals in this round of the programme. In total, 408 of them will receive grants. ERC grants will fund jobs for more than 2,000 scientists after doctorate, doctoral candidates and other administrative employees.

The European Research Council has been awarding the ERC Starting Grants since 2007. Its budget of over 16 billion euros is part of the Horizon Europe programme. Members of the Scientific Council - the governing body - are appointed by the European Commission.