Tensions between cities and the rest of the country will grow, says demographer 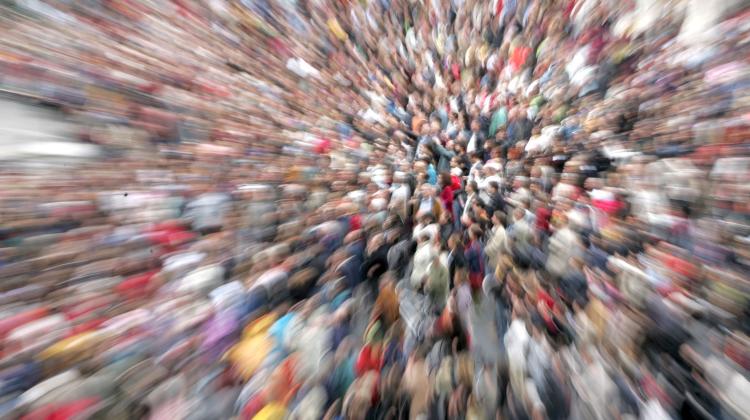 Without a clear vision of Poland's development, social tensions between large cities and the rest of the country will increase, Professor Romuald Jończy says in an interview with PAP. In his opinion, this decisions to migrate to large cities are the main cause of depopulation. They also affect the fertility rate.

Professor Romuald Jończy, a migration and depopulation expert from the Wrocław University of Economics, believes that in Poland we unnecessarily limit the conversation about demographics to the decision to have children.

He said: “When leaving for the university, and in fact for good, to large cities, young people lose +a family base+ built in their hometowns. They earn more in large cities, but this surplus often fails to cover the costs of mortgage, living, including childcare - with which aging, lonely parents could help. In their hometowns there are often apartments and houses built by parents that remain vacant.”

According to Jończy, internal migrations in Poland are so intense that in 20-30 years the peripheries are threatened by a dramatic population regression but also an economic and infrastructural one. In villages, small and medium-sized towns, older people from two demographic peaks of the 1950s and 1980s will remain trapped with low pensions, and communes will not have enough money to provide care for them. Their children, then 40-50 years old, who have left for the 'big five' (Warsaw, Gdańsk, Poznań, Kraków and Wrocław) or went abroad will not be able to help them, because their cost of living, attention focused on their own children and matters, and the distance will complicate it.

Jończy said: “These migrations are a natural process, but it accumulated in a short time and covered the least numerous years from the turn of the century. It causes social and economic tensions, and it will push the drained provinces into poverty. Division into +better+ and +worse+ Poland with different income, values and problems that we are not able to cope with now, will significantly deepen and divide the country socially and culturally.”

According to the expert, politicians in Poland should look at the possible development models of large cities and provinces - and on this basis make an informed decision on the direction of changes.

He continued: “We must decide which development model we want. It can be a model towards which we are now involuntarily going, based on several large agglomerations and transformation of the provinces into a natural and agricultural area, tourist in places, with oases of infrastructure. But this will be associated with high costs - the proverbial lights out and rationalization of infrastructure.”

In his opinion, particularly painful and expensive will be the period of dying of two peak generations, which will require strong support for the provinces in the area of social welfare. This also requires changes in spatial management, because the problem of providing services to older people in the provinces is scattered infrastructure. In turn, the 'spilling' of large cities is not accompanied by a sufficiently rapid expansion of infrastructure, roads and communication, nurseries, kindergartens, clinics.

When asked about possible solutions, Jończy said that we should rethink the education model in Poland and that studies should stop playing the role of 'storage' for young people.

He said: “We allowed people who are not necessarily predisposed to go to college en masse, without selection. And universities are paid +per head+ and not for what they teach and how they match graduates to the labour market. As a result, the quality of education decreases and we are delaying the entrance of young people to the labour market, where we have huge deficiencies in the area of employees with lower qualifications.”

He added that another idea for supporting the development of small and medium-sized towns could be incentives for business and that central institutions do not have to be concentrated in metropolises. A good example is the European Union, which dispersed the various institutions over various cities.

In addition he pointed to the lack of high qualification jobs, which is the main cause of leaving and not returning, especially affects young women.

He said: “The basic problem is jobs for qualified employees and for women. The provinces do not offer these jobs, they are dominated by simple, mainly male jobs.

“The vast majority of women declare their willingness to leave their family towns, because, as they say, as educated people, +they have nothing to return to+. As a result, there is a majority of men on the provinces, and in large cities there are more women. This makes it increasingly difficult to look for potential partners and start a family

“A woman from the backwaters who goes to a large city, despite education and moving in a different environment, often looks for a partner who is not only modern, but also has the maturity and responsibility of her own father or grandfather. And such men are hard to meet in a big city. A man from a large city, especially of a similar age, is often too immature for these women, regardless of the income stability achieved late. This is still a large cultural leap.”

According to research conducted among high school graduates in dozens of Polish towns, most of them, especially girls, definitely intend to leave their places of origin. They usually go to the five largest Polish cities, sometimes abroad. In some towns, only every tenth high school graduate intends to stay.