Foundations of medieval church described by Długosz found in Sławków 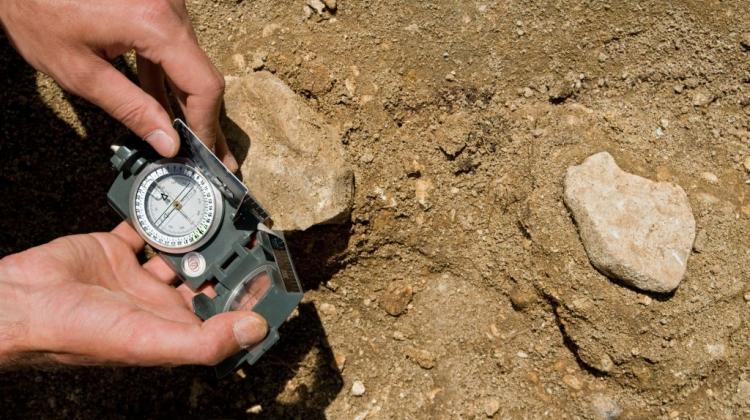 The foundations of a medieval church have been discovered during conservation work at the Chapel of St. Jacob in Sławków.

Funded by the bishop of Kraków Jan Muskata (approx. 1250–1320) at the turn of the 14th century, the Church of John the Baptist was mentioned by the priest Jan Długosz (1415-1480) in his chronicles, writing about the founding of the church, hospital and monastery.

Archaeologist Dr. Jacek Pierzak said: “This is a great joy, we waited 50 years for it, because we knew more or less where this church was located. During the construction work, a wide wall built on lime mortar was discovered. We followed the thread and discovered the whole outline of the church.”

He added that the church served the faithful until 1455. “Then, mercenary troops fighting in the Thirteen Years' War for King Casimir IV Jagiellon against the Teutonic Knights did not receive the pay.

“When returning home, the soldiers under the command of Jan Świeborowski would +be compensated+ by plundering and destroying the areas they were passing through. They burned down Czeladź, destroyed the church in Sławków, stole 100 draft horses that powered horse engines (devices used to drain water from mines) from the Olkusz mines.”

According to Dr. Pierzak, talks with the land manager and conservator of monuments have just begun; they concern the possible display of the discovery for visitors. (PAP)