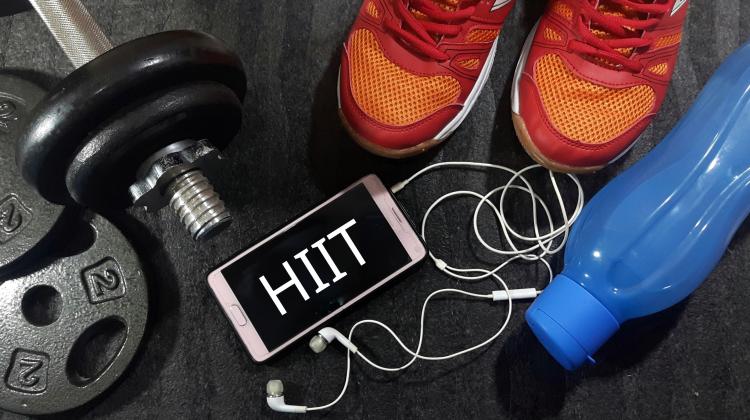 High-intensity interval training (HIIT) can bring great benefits to patients with Parkinson's disease. In addition to the neuroprotective effect, which prevents the loss of dopaminergic neurons characteristic of this disease, this type of activity also inhibits chronic inflammation, which affects the pace of development of the disease.

A team led by Paulina Małczyńska-Sims from the Institute of Psychiatry and Neurology in Warsaw studied the impact of 12-week HIIT training on the level of inflammation and antioxidant capacity in 15 people with Parkinson's disease (PD). The scientists described the results and conclusions in the journal Aging Clinical and Experimental Research (http://dx.doi.org/10.1007/s40520-022-02153-5).

Małczyńska-Sim who conducted the study as part of her doctoral dissertation said: “For years, scientists have been observing that physical activity not only helps reduce weight, improve or maintain physical fitness, but can also have a neuroprotective effect.

“This gave us the idea to use HIIT in Parkinson's disease. We currently do not have a typically neuroprotective medicine that would protects neurons against dying. Even levodopa (the most effective drug currently used in this disease) that helps patients by supplementing dopamine that drastically drops in patients, does not protect neurons against neurodegeneration.”

She added that there are physical disorders in Parkinson's disease, such as muscle stiffness and slowdown, and treatment includes improving these parameters with various types of exercises.

“We decided to find out whether the training process, long-term physical effort, can modulate inflammation that always accompanies Parkinson's disease,” she said.

Although the exact mechanisms of neurodegeneration in Parkinson's disease are not yet fully understood, there is more and more talk of an important role of inflammation in this process. In the organisms of patients affected by this disease, chronic inflammation and neural inflammation take place. Earlier studies have shown that interval training can have a beneficial effect on relieving inflammation.

The researcher continued: “When I started to explore this topic, it turned out that there were may reports suggesting that although a short term interval training in young, healthy people can slightly intensify inflammation, this training used over a long time can reduce it by causing adaptive changes in the body. This has been proven, for example, in people with obesity or type 2 diabetes.”

She added that because in patients with Parkinson's disease inflammation is constantly present: in the brain, and over time also in the peripheral system, activated microglia stimulate astrocytes that damage the connections between individual neurons. These processes are accompanied by increased oxidative stress, and all this leads to the death of dopaminergic neurons.

She said: “We do not have a medicine for it. Levodopa does not stop cells from dying; this process continues. It is important to find a method that effectively but mildly helps to reduce inflammation and oxidative stress.

“There were studies indicating that non-steroidal anti-inflammatory drugs reduce the risk of developing Parkinson's disease, but we decided that we did not want to treat patients with more drugs, because they were already taking a lot of them. We wanted to check how intensive physical effort would affect them, because research showed that short-term, little-intensive effort did not cause adaptive changes in the body. We wanted to know if we would have an improvement or deterioration of results, or perhaps no change at all.”

HIIT IS A REAL HIT

Twenty eight people diagnosed with Parkinson's disease were included in the study. Fifteen of them performed HIIT exercises on a cycloergometer for 12 weeks (three times a week), the rest was a non-exercising control group. Blood samples were taken from the participants several times to determine the level of inflammation markers and antioxidants.

Małczyńska-Sim said: “We tested people around 60 years of age, women and men. Everyone was in good general condition, with early and intermediate Parkinson's disease. They moved independently, they were often professionally active and could ride bicycles. We selected them so that there were no former high-performance athletes. But they were people like most of us: recreationally physically active, participants in various activities organized for people with Parkinson's disease, such dance classes, table tennis or boxing.”

Małczyńska-Sim said: “After those three months, we observed that the introduction of physical effort to the therapy of Parkinson's disease patients could have good results.

“I rode with our patients, supporting them in it, and I had to give my best there. With each week, the effort was increasing, but the performance of the participants definitely improved.”

Although the results analysed by her team were based solely on the study of the level of selected factors in blood samples, i.e. completely objective parameters, the subjective feelings of the participants, not included in the study, were also very promising.

Małczyńska-Sim said: “I talked to patients and they all noticed a change. They felt much better mentally and physically. Based on this, I can suspect that if we were to examine other factors, the results would be even more promising. However, our grant was quite small and we had a very limited budget.”

The use of HIIT can also bring benefits not only in Parkinson's disease, but potentially also in other neurodegenerative diseases.

The team from the Institute of Psychiatry and Neurology in Warsaw hopes that other researchers will 'pick up the topic' and that the results can be confirmed for much larger groups.

“I would love to further explore this topic, because this is a great chance for people with Parkinson's disease. A new drug for this disease will not appear soon, in the coming years we have no prospects to develop any innovative neuroprotective methods. And training such as this, if its legitimacy is confirmed in large populations, is available immediately for everyone.”

As for the mechanism, due to which intensive training so positively affects the condition of patients with Parkinson's disease, another publication by the same research group is expected soon, discussing the role of microRNA in this process.