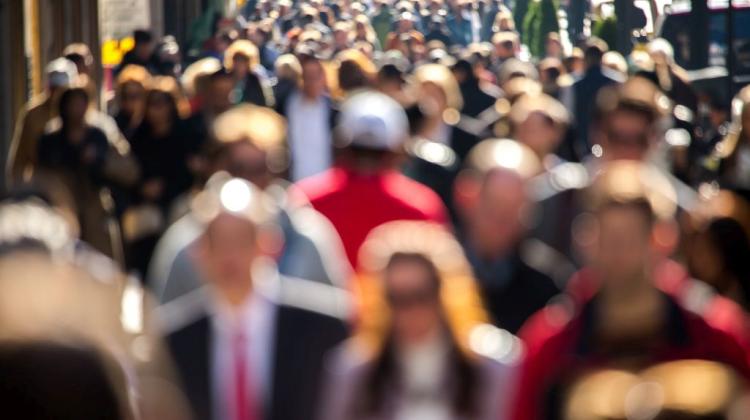 Although religious beliefs can be the source of various health-related customs, a review of available epidemiological data shows links between specific health behaviours and religious affiliation, as well as, for example, the level of religious commitment and a reduced risk of disease and death from cardiovascular diseases.

Previous publications indicated a positive correlation between the intensity of religious commitment and increased physical activity, proper nutrition and effective quitting of smoking. Religion can also play a role in preventing alcohol and nicotine addiction.

The results of their findings were published in the International Journal of Environmental Research and Public Health (https://doi.org/10.3390%2Fijerph19010454).

The study was conducted on a group of 297 people: 118 Seventh-day Adventists (SDA), 134 Catholics, 14 Jews and 31 Muslims. Catholics are the largest religious community in Poland, according to the Central Statistical Office (GUS), numbering around 32 million baptized persons, although only 38% participate in masses. In addition, Poland is home to 10-12,000 Muslims, 8-12,000 Jews and approx. 10,000 Seventh-day Adventists.

According to the author of the study, Professor Anna Majda, it is known that the incidence of cardiovascular disease (and mortality due to it) is largely related to lifestyle factors. The most important of them are: diet, smoking, low physical activity and the associated occurrence of diabetes, hypertension, obesity, metabolic syndrome and elevated levels of homocysteine in the blood serum.

Professor Majda told PAP: “Cardiovascular disease is the most common cause of death in Poland and most developed countries. However, in Polish literature there are few publications on the impact of religious commitment on human health, determining the cardiovascular system risk factors among religious groups. Interest in this topic is growing.

She added that this knowledge is important because it can translate into better prognosis of the risk of cardiovascular disease and optimisation of preventive measures in various religious groups.

All participants of the study were subjected to anthropometric measurements, physical examination and laboratory tests, as well as cardiovascular risk assessment on the SCORE scale. People were also asked about addictions and eating habits, knowledge about cardiovascular disease, physical activity, exposure to various psychosocial factors (e.g. stress), comorbidities, medications, etc.

It turned out, for example, that the average concentration of homocysteine and triglycerides was significantly higher among Catholics (16 µmol/l) than among Seventh-day Adventists (13 µmol/l). Adventists, on the other hand, had much higher blood pressure and HDL concentration compared to Catholics. Catholics were also more likely to be overweight and obese, and therefore their overall significantly more at risk of a cardiovascular event than SDA.

Adventists had lower levels of stress in everyday life than other religious groups and adhered better to recommendations for the prevention of cardiovascular disease.

As for homocysteine, CRP and cholesterol levels, these were highest in Muslims, and triglycerides and glucose - in Jews. Blood pressure above normal was found in less than a quarter of Muslims and in slightly more than a quarter of Jews.

Professor Magda said: “Interestingly, Catholics with a high level of religious commitment declared more positive health behaviours and were in better health compared to those less religious. But they also exhibited a higher level of stress, worse mental attitude and lower physical activity.”

She summarises that selected lifestyle components associated with health were the most different from the recommendations in the case of Catholics, and the least - among the Seventh-day Adventists.

To be able to determine whether the assumptions of individual religions put any emphasis on a healthy lifestyle, caring for the body, etc., scientists had to study their holy books or catechisms.

They noticed that the catechism of the Catholic Church emphasizes the value of physical health and calls for care for the health of citizens (and thus public health). Magda said: “While perceiving health as a basic value enabling the pursuit of other value, it adds, however, that it is not an absolute value and warns against the cult of the body.

“The Catholic Church also emphasizes the obligation to care for health, criticizing the use of drugs and alcohol abuse.”

When it comes to smoking, contrary to the modern view of the medical world concerning the harmfulness of nicotine, the Catholic Church believes that the use of tobacco in a moderate amounts is not an improper, sinful or harmful activity. The same applies to alcohol.

The most common religion in Poland also emphasizes that the absolute duty of man in the case of illness is to regain health, which is why it urges followers to comply with the recommendations for treatment, care, rehabilitation or diagnostics.

Professor Magda said: “Judaism perceives man as the unity of the body and soul and imposes the obligation to care for the body, and thus - for health.

“Nativity, care for a newborn and circumcision are associated with numerous hygiene regulations. There are associations whose members care for the sick. It is a religious duty to wash your hands after getting up, before meals, after leaving the toilet or after cutting your nails.”

For mental health, it is decisive to maintain the right rhythm of life, in which the celebration of the Sabbath plays a fundamental role. Jews should also maintain an adequate level of physical activity.

In Islam, the condition for body and soul health is faith in god and faithful submission to his will. According to the holy books of this religion, fasting, regular prayer and pilgrimages release from daily tensions and troubles and give a sense of community. In Islam, preventive measures include prohibitions from drinking alcohol, smoking, drug use, eating pork. It is recommended to play sports, maintain proper diet and rest.

According to the followers of the Seventh-day Adventist Church, the body should be provided with the right doses of movement and rest, the most healthy diet should be used and the foods specified as unclean should be avoided. Since alcoholic beverages, tobacco, drugs and improperly used medicines are harmful to the body, one should abstain from them, and in return use 'what leads thoughts and body towards obedience to Christ'.

It turns out that the rules of individual religions contain references to caring for health and body. However, they are not equally eagerly observed in all groups.

Professor Magda said: “We were not surprised by these results. We expected that selected lifestyle components and health condition determined on the basis of various parameters would differ the most from the recommendations of preventing cardiovascular diseases in the case of Catholics. This was indeed the case.”

In her opinion, public health professionals, including nurses, should develop culturally specific educational interventions, taking into account cardiovascular risk factors and the risk of a cardiovascular incident among the followers of different religions.

She continued: “The strength of our study was not only to learn about declared health behaviours of representatives of selected religious groups, but also to diagnose their health.”

“The study had its limitations, including the fact that it was located only in a few places in Poland, it had a small sample size and uneven participation of representatives of individual religious groups, which is why the results should be treated with caution

“Our results, however, can be an incentive for further research in this area. The more so that we are now seeing significant migration movements, especially with people from regions where the Muslim religion dominates. Therefore, we recommend further research, extended to more places in Poland, repeated on a larger sample and - perhaps - taking into account the impact of acculturation processes on lifestyle.”

The researcher also cites the results of another of her team’s study that show that the growing cultural diversity of patients in Poland and the resulting differences in their expectations mean that health care requires investment in training among nursing students and nurses regarding the development of cultural competences and cultural intelligence.

Magda said: “There are more and more foreigners in Poland who become beneficiaries of our health care system. (...) A skilful approach to a culturally different patient requires cultural competence and cultural intelligence, because only that will ensure good quality of care and cultural safety.”