Matter & Energy
This text can be copied
Ludwika Tomala 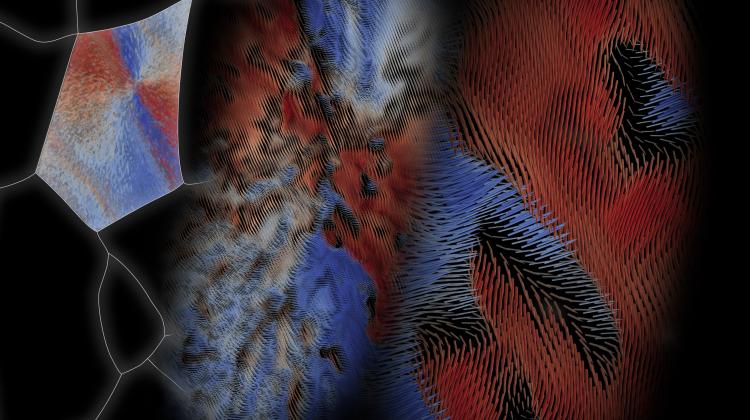 A Polish team has shown how, by measuring the vibrations of molecules, it is possible to determine the spatial orientation of the molecules and prepare an unprecedentedly accurate 3D map of almost any material. This can be useful in work on new materials, electronic devices, and even in cancer therapy.

The groundbreaking study that makes it possible to create 3D maps of bond orientations in a sample has been published by the CIRI beamline team in the prestigious journal JACS.

“The 3D molecule orientation in a material, next to its chemical composition, is the basic information we want to obtain about the sample. It affects the mechanical properties (tensile, fracture), chemical properties, physiochemistry of the surface, conductivity, diffusion of, for example, a drug through the tissue,” project leader Dr. Tomasz Wróbel from SOLARIS said.

His team showed how the spatial orientation of individual molecules in the material can be calculated based on their vibrations. If we know which molecule vibrates and we know along which axis it vibrates, we can deduce its orientation in space.

Molecular vibration can be observed using the long-known method of infrared spectroscopy. However, Polish researchers were the first to use non-standard mathematical calculations to translate this information about vibrations into data on their orientation. And with this knowledge, it is possible to create maps of molecules in 3D for almost every material.

Who can use it? Dr. Tomasz Wróbel told PAP - Science in Poland that in some areas of nanotechnology, for example in OLEDs or solar cells - molecules must be properly oriented in space for the device to perform optimally. Any deviation - a place where the molecules are arranged in an uncontrolled manner - will worsen the device's performance.

As for new materials, one can imagine a material in which particles arranged across will block the flow of heat or electricity from one end of the sample to another, and the same molecules arranged along the axis will enable its conductivity in a given direction.

There are also hypotheses that learning the spatial orientation of cells can help select a more effective cancer therapy and determine the patient's prognosis. If the tumour is tightly entangled in a network of fibres, it should be combated differently than when the fibres around it are not so tight.

Until now, it has been possible to study the orientation of bonds in the sample, but only to a certain extent, e.g. over large areas, in thin layers or by using tomography.

With the latest discovery, it is possible to obtain high-resolution 3D images and, importantly, without destroying the material under study and without using additional dyes or labels. This is great news: there is hope that this method can be used to study any samples, including organisms. And for the quality control of materials that will undergo further tests or intended for use.

In their research, the scientists used infrared spectroscopy (IR), which makes it possible to obtain rich information about the studied sample without destroying it or using sample staining. The technique has been successfully used in many scientific fields for years, and it is crucial in areas of new materials research

The scientists were the first to apply the so-called Concurrent Analysis (4P-3D) to infrared spectromicroscopic data. With this, they obtained information on the orientation angles of macromolecules in a sample of polycaprolactone spherulite. This turned out to be possible by simultaneously analysing two bands with roughly perpendicular transition moment orientations measured at 4 different linear polarizations.

The publication’s lead author Paulina Koziol (CIRI, SOLARIS) said: “Furthermore, we show that the method can be applied to high-resolution (diffraction-limited) FT-IR and Raman imaging, and even to super-resolution O-PTIR imaging.”

Dr. Wróbel invites scientists who would like to test the samples of their materials with this innovative method to collaborate.

The research was financed with a Sonata grant from the National Science Centre.