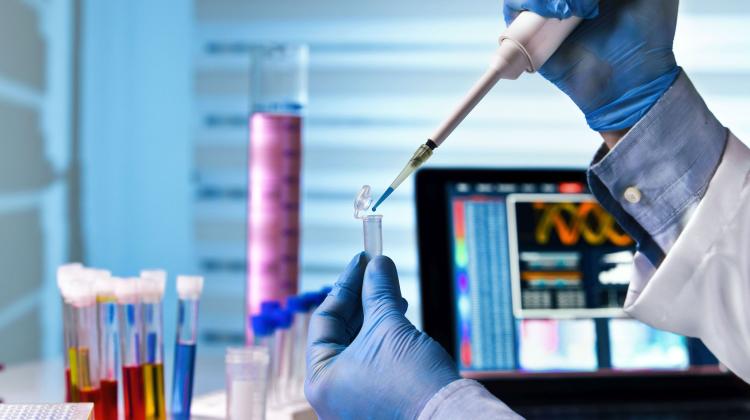 Three Georgian victims of Stalin-era crimes whose remains were found near Batumi have been identified by geneticists from the Pomeranian Medical University in Szczecin.

The research is the last key part of the historical and archaeological work of the international team identifying victims of the Great Purge.

In total the remains of 27 victims murdered in 1937 were found in a monastery near Batumi. This is the first case of identifying victims of the Stalinist regime in the history of Georgia, and the first direct evidence of Soviet executions in this country.

Scientists from the Szczecin medical university, working as part of the Polish Genetic Database of Victims of Totalitarianisms - Pomeranian Medical University Research Centre, obtained good quality DNA from bone material and built the genetic profiles of victims and their families before then conducting comparisons and biostatic calculations, making it possible to determine the victims’ identities.

He adds that for his team it was an interesting experience, and each matter of this type and specificity of work in each region of Europe or the world is different, because of the approach of both the state authorities and the public.

Ossowski said: “These are very delicate issues, they require understanding of many sides. We know that both Catholics and Muslims have been buried here, so the work is particularly difficult.

“The discovered remains were well preserved, and the samples allowed scientists to obtain very good quality genetic profiles, followed by the process of collecting comparative material.

“Collecting genetic material from the possible families of victims was a huge challenge for our colleagues in Georgia. We had a +hot line+ for some time, as we would often deal with multi-generational families and it was necessary to consult on from whom to sample the material.”

He added that researchers working in Georgia reached many family members of the victims who could have been buried in Batumi. After confirming the identity of three people (their names were not made public) and providing information to their families, which, as Ossowski points out, was widely commented on in Georgia, the geneticists are now working on identifying more victims.

Work in Batumi was conducted by an international team participating in the Georgian Recovery, Documentation and Identification Project (GDIP). One of the goals is the genetic analysis of the remains found in mass graves in Batumi between 1937-38. The project leader is Dr. Meri Gonashvili, a forensic anthropologist and President of the Georgian Association of Forensic Anthropology (GAFA).

The 1930s was a period of Stalinist repression (purges), which particularly intensified in 1937-38. In 1968, British historian Robert Conquest introduced the term the Great Terror to describe the peak period of Stalinist repressions. Over 1.5 million people were arrested and approx. 750,000 were executed. The NKVD trials most often ended in a death sentence or a sentence to life in the Gulag labour camps.