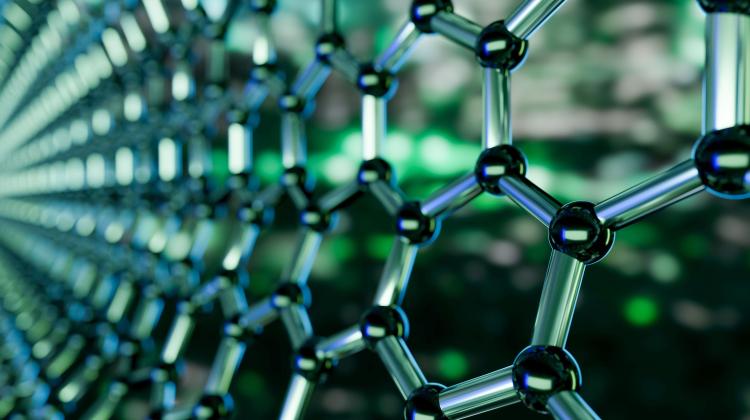 Polish scientists have patented an anti-corrosion, water-based varnish with the addition of G-Flake (graphene oxide flakes).

Created by scientists from two institutes of the Łukasiewicz Research Network, the Grafen oxide can be used to protect steel building structures, internal ship surfaces and electric motors.

During experiments, one part of the samples was covered with water-soluble varnish with the addition of graphene, and the other part- with varnish without graphene.

The experiment was carried out in a neutral salt fog environment, in conditions conducive to corrosion, in which it was revealed which coating performs its anti-corrosion function well.

Samples covered with varnish without the addition of graphene oxide corroded on approximately 20 percent of the surface. The corrosive environment caused the formation of numerous corrosion pits developing under the protective layer. The varnish continuity was interrupted.

In turn, after applying the recently patented varnish, corrosion covered only half a percent of the surface of the tested sample, which is 40 times less.

Co-creator Dr. Eng. Małgorzata Djas said: “First of all, the varnish is a primer on metal surfaces, in particular those made of steel. It can be used, for example, to protect the steel structures of buildings, but also on internal surfaces of ships or in electric motors.”

The water-soluble G-Flake varnish does not contain volatile organic solvents, which means it is non-flammable and environmentally friendly.

Estimates show that the annual value of the global anti-corrosion coatings market is USD 12 billion. Functional coatings account for approx. 20 percent of the paint market. In this context, , according to experts from the institute, the innovative G-Flake varnish has a crucial, groundbreaking impact on the development of the industry.

The scientists said: “The problem of corrosion has a huge economic and environmental impact on virtually all areas of world infrastructure - from construction to chemical processing, oil, aviation, automotive industry, and even on such a distant branch of industry as biomedicine.

“The annual global cost of corrosion effects is estimated at $ 2.5 trillion, which translates into 3-4 percent GDP of industrialized countries.”