Health
This text can be copied
Ludwika Tomala 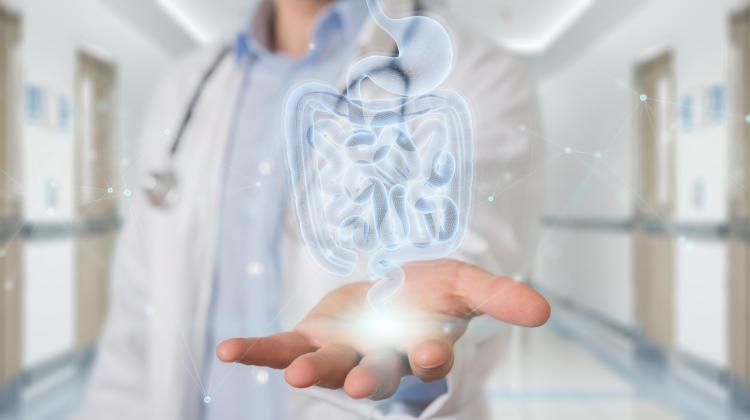 Dr. Wypych, who is from the Nencki Institute of the Polish Academy of Sciences said: “When we are born, we are practically sterile. Then the expansion of microbes begins as they try to colonize our body, especially the digestive system. Our body, however, defends itself against these microbes and begins to select those that will not harm it, or even be useful. This process is modulated by diet, and external factors such as mother's milk.”

Although the gut microbiome is composed so that it is not harmful to the host, people differ from each other in how beneficial their microbiome is. So the question is how to draw what is best for us from bacteria.

It has long been known that a proper diet is important for the microbiome (it can modulate the composition of the microflora in the intestines and create a suitable environment for development), as are probiotics (orally administered selected strains of bacteria with a particularly favourable effect - with the hope that they will settle in the intestines).

Dr. Wypych points out that such modification of the microbiome composition is an extremely complicated task, and there are too many variables in this process for it to be fully controlled. The same bacteria may function differently in different people. The fact that they work perfectly in one person does not mean that will be able to settle down and work in the same optimal way in another.

That is why the researcher focuses on studying individual bacterial metabolites, i.e. compounds that the microbes secrete. He said: “It's about time to study these substances. It is important because metabolites have evolved to shape immune mechanisms in the hosts.”

For example, microbes can produce compounds that the host's body will use when fighting infections. Or ones that block the immune response in order to hide from our defence system. This may seem harmful to the host. However, in some situations, for example autoimmune diseases, our immune system is the one that harms us. Therefore, the presence of such compounds can potentially be beneficial for the host. Scientists hope to find drug candidates among such natural compounds produced by bacteria.

The scientist focuses especially on metabolites that affect the respiratory system. In a paper published in the journal Frontiers in Microbiology (https://www.frontiersin.org/articles/10.3389/fmicb.2022.857418/full) he summarises the current knowledge about the relationship between the microbiome and pulmonary diseases, and explains how we can use this knowledge in the development new therapies.

Earlier studies have shown that infants with the reduced relative abundance of certain strains (Bifidobacterium, Faecalibacterium, and Akkermansia) in the gut are in the highest risk group for developing asthma symptoms later in life.

Unobvious links between the intestinal microbiome and respiratory diseases also manifest in other ways that people with inflammatory bowel disease being at higher risk of developing chronic obstructive pulmonary disease, idiopathic pulmonary fibrosis and bronchitis.

It can be suspected that something that bacteria secrete (their metabolites) helps the body fight some diseases. For example, in his research, Dr. Wypych noticed that p-cresol sulphate (PCS) produced by bacteria in the intestines gets into the bloodstream, from there to the lungs and can have a beneficial effect in the course of asthma because it inhibits the excess immune response of the host. However, there are still few such known metabolites, Dr. Wypych said.

Therefore, together with his team, he is working on identifying these compounds and examining them in lung cell cultures. These compounds will then be studied on mouse models, to ultimately become the basis for creating medicinal substances which, given in the form of a nasal spray, will support the body's in the fight against the disease that attacks the lungs.