Technology
This text can be copied
Karolina Duszczyk 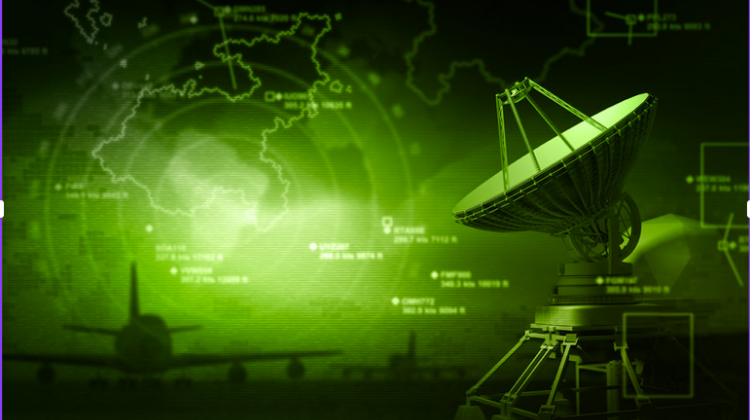 Scientists from the Military University of Technology have developed a way of detecting aircraft-searching radars that do not emit any signals.

It was long-thought by European manufacturers that although the detection of a passive radar is theoretically possible, it was also difficult and expensive.

Now Dr. Zenon Szczepaniak from the university’s Radioelectronics Institute of the Faculty of Electronics along with doctoral candidates Michał Knioła and Tomasz Rogala have published their research 'Counter-Passive Coherent Locator (C-PCL)—A Method of Remote Detection of Passive Radars for Electronic Warfare Systems’ in the journal Electronics.

Dr. Szczepaniak said: “A passive radar by definition does not emit any signals. It can be compared to a very sensitive microphone, which instead of listening to the sound made by the aircraft, receives a signal reflected from this flying object."

This signal is broadcast by other transmitters called transmitters of opportunity - GSM stations, an FM radio broadcast antennas, DVB-T transmitters, satellite GPS transmitters or other radars that 'accidentally' emit energy into space and serve as a backlight for the passive radar.

When a passive radar detects the aircraft it is searching for, it should transmit this information, for example, by fibre optic, without emitting any wireless signals.

Passive radar receives the main signal of opportunity, as if it wanted to 'watch' broadband tv, and then compares the same signal, but reflected, for example, from a plane flying somewhere in the airspace.

Based on this comparison, using sophisticated algorithms, it can calculate the position and speed of the aircraft. The radar itself is not technologically complicated, in a manufacturing sense, but of course when placed on a military mobile platform it becomes an expensive piece of equipment. Inside the radar there are advanced low-noise receivers and a specialized computer that processes the received signals.

The range of a passive radar can reach several hundred kilometres. It is possible to set up many passive radars in the area where traditional radars do not 'see' flying objects well. Such solutions are implemented in the armed forces in the country and abroad. They are considered undetectable, meaning that the enemy cannot find and then destroy them.

Since 2018, researchers at Dr. Szczepaniak’s Microwave Department have been studying non-linear phenomena in receiving paths. Inspired by a report from the war in Yemen, the scientists decided to find a way to detect traps that terrorists set for coalition convoys.

The trap contained an explosively formed penetrator (EFP), capable of effectively penetrating armour. It was initiated by a passive infrared 'detector', like the one used in alarm systems. Wrapped with polyurethane foam and painted, it imitated a piece of rock or stone. Such an 'artwork' would be placed a few metres from to the road and set off as soon as the passive infrared sensor detected a passing car.

Dr. Szczepaniak said: “We were looking for the response given by electronic systems hidden in this +stone+, i.e. non-linear or intermodulatory response. If we used a classic radar, we would probably not discover anything because of the interference from the signal reflection from the ground, trees and stones.

“However, we can receive a feedback only from a hidden electronic circuit. This was our first motivation: saving the lives of soldiers.”

When they succeeded, the scientists used their method to detect passive radars. To make the task more difficult, they assumed that the radar's electronics and power supply are completely hidden in a shielded metal container, and the entrance to it leads through an antenna receiving signals, for example, DVB-T terrestrial television.

Szczepaniak said: “The only way to +get inside+ the radar is its receiving antenna. And, although it is not obvious, it turns out that if we send a properly prepared probing signal, we can stimulate the radar to issue a non-linear response. The signal must enter the passive radar antenna in exactly the same frequency range in which the radar receives television signals.

“The paradox consists in the fact that the radar's receiving amplifier will send us feedback because it is connected to the antenna. As a result, we get inside the +armoured+ radar through the input antenna and through the same antenna we come out with a signal that the radar +does not want to+ emit, but it is forced to because of being stimulated by our signal. Its receiving antenna becomes a transmitting antenna for the signal that we have caused.”

The passive radars detection system described by the scientist can be installed on an unmanned aerial vehicle (UAV). Work is currently being carried out to present a technology demonstrator. Its practical application is a matter of military tactics. For example, when moving armed forces to an unknown area of a country, it is good to know the positions of all radar facilities.

To neutralize a passive radar, it is first necessary to detect it. A map of FM, GSM and TV transmitters is also necessary to determine where passive radars might be located and narrow the search area. Then, the designated area can be 'combed' by UAVs equipped with detection devices developed at the Military University of Technology.

THE APPETITE GROWS ON WHAT IT FEEDS UPON

The scientists emphasize that their radiolocation technology can also be used to detect objects that are undetectable for radars, including stealth aircrafts and drones, which can threaten important infrastructure (government buildings, refineries, etc.) or participants of mass events. However, the basic use is military use, for example finding electronics in UAVs covered with coatings that absorb radar signals.