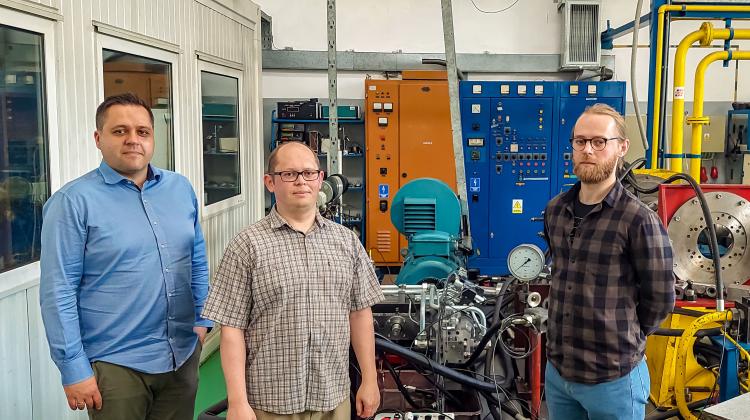 A new type of fuel-friendly gearbox has been created by a team from the Gdańsk University of Technology.

Designed for agricultural vehicles and heavy machinery, the gearbox’s distinguishing feature is that at low speed and on difficult terrain it enables smooth gear change and obtaining a high torque.

“At higher speed, the drive is transferred by a two-speed gearbox equipped with a set of three wet clutches, ensuring a smooth gear shift, without the need to disconnect the drive from the vehicle wheels.”

He added: “As part of the project, we have also designed an axial piston pump with a shifted swash plate rotation axis, which has increased its volumetric efficiency. In turn, the prototype swashplate engine enables free-wheel operation. Thanks to this, it does not have to be mechanically disconnected from the transmission when it is not used.”

The prototype was created for an existing telescopic handler, but the production-ready invention is suitable for much broader use, the researchers emphasise.

In theory, it can be used in any heavy machine.

The gearbox was developed as part of the Lider VIII programme, and the project was financed the National Centre for Research and Development with the amount of PLN 1,197,500.