Grants & Awards
This text can be copied 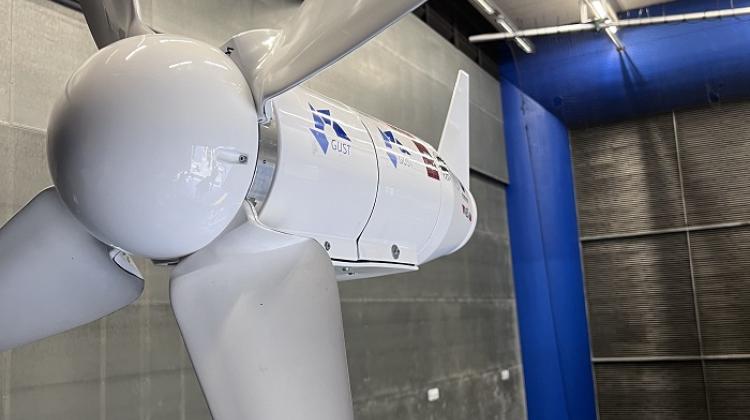 A modular turbine with slanted blades designed by Łódź students has won second place in the International Small Wind Turbine Contest for producing a record amount of electricity.

The prototype turbine built by the Łódź team produced over 1 kWh of electricity in 13 m/s wind. This is not only the best result among all teams participating in the competition, but also the team's record in its seven years of activity.

The students from GUST (Generative Urban Small Turbine) is an interdisciplinary project carried out by members of the Student Research Group of Power Engineering at the Institute of Turbomachinery, Faculty of Mechanical Engineering, Lodz University of Technology.

Project leader Anna Baszczyńska told PAP: “The team worked on the assumption that, as is the case with solar panels, wind energy can also be produced by individual consumers.”

She added that the project’s innovation is the idea of reducing the wind turbine size to make it suitable for individual users. Other innovative solutions include the turbine's modular design and the use of 3D printing.

She said: “Thanks to the modular design, when the turbine part is damaged, the consumer is not forced to replace the entire product with a new one. This solution allows to replace only the defective part, which means a significant reduction in the costs of service and maintenance.”

The contest was accompanied by the TORQUE (The Science of Making Torque from Wind) conference devoted to wind energy in Europe.