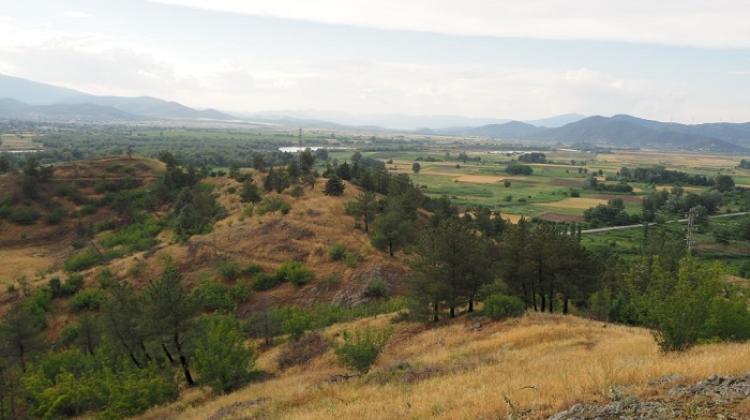 An archaeologist from Adam Mickiewicz University in Poznań has set out to explore cultural contacts in the Balkans 3,000 years ago by analysing ceramic vessels.

As part of a project looking at over 100 years of research into the region, Cezary Bahyrycz says that archaeological considerations concerning the Bronze Age in the area are often overlooked.

Bahyrycz said: “The area is a combination of fertile, closed basins and narrow corridors of river valleys surrounded by inaccessible mountain areas. In prehistory, this area was a key arena of human interactions that led to the formation and expansion of the European civilization.”

Focusing on the frequency of these contacts, their scope, goals and manner, Bahyrycz said: “In this region one can observe a specific mosaic of material cultures, in which southern (Aegean) influences are mixed with impulses from the north: central Balkans and even central Europe, with the rivers Vardar and Struma serving as corridors that enabled the transfer of people, objects and ideas.”

His research project, carried out with a grant from the Polish National Science Centre, concerns Greece, Macedonia and Bulgaria.

Referring to his current research into ceramic vessels, Bahyrycz said: 'Vessels and their inconspicuous fragments carry a large amount of information about the people living in this area 3,000 years ago, the ways of their communication and interaction in specific climatic and environmental conditions.”

Archaeological analysis of the remains of ceramic vessels is among the methods used to study ancient cultural contacts.

As part of the project, Bahyrycz and his colleagues conducted research in several museums and universities in Bulgaria, Macedonia and Greece. The researcher analysed the artefacts obtained during archival and contemporary excavations.

He said: “Vessels are assessed in terms of their forms, uses and contexts, technology of manufacture and ornamentation, in order to draw conclusions about their transport, cultural references, trade and many other aspects.

“The acquired data will be compiled in the Geographics Information System (GIS) database format, which will allow to track trends and changes in material culture not only locally, but also at the regional and inter-regional levels.”

He continued: “By supplementing the obtained information with the data from excavations, it will be possible to obtain a complementary picture and compendium of knowledge about human interactions in prehistory in the south-eastern Balkans, the area that still remains a kind of archaeological terra incognita, and a lens through which we can observe the influence of both developed Mycenaean communities from the south, as well as strong interactions with areas of the northern Balkans and central Europe.”

He added: “The objective is to explore the lives of our ancestors. Material objects, artefacts, are only a way to achieve the ultimate goal of understanding humans, and we should never lose sight of this objective.

“While conducting research, I am constantly amazed how close we remain to our prehistoric ancestors. While using the benefits of most modern technology, we are almost as helpless as they were when confronting the forces of nature, and we face similar dilemmas regarding the methods of communication, at least in the inaccessible mountain areas of the south-eastern Balkans.”