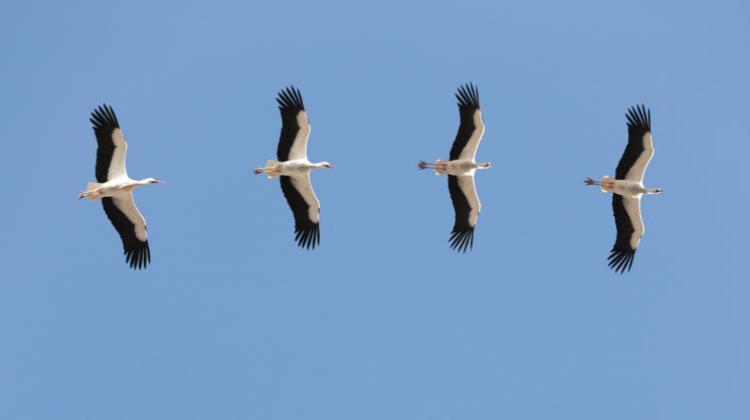 Storks in southwest Poland are disappearing at an alarming rate, says a disturbing new report.

Scientists carrying out research into the once-a-decade International Stork Census found that in the last 10 years there has been a staggering 35.5 percent drop in stork numbers.

Presenting their results in Acta Ornithologica, Dr. Andrzej Wuczyński from the Institute of Nature Conservation of the Polish Academy of Sciences said: “Unfortunately, the main result is not optimistic.

“Data analysis shows that over a decade, in a 23 percent area of Poland, the number of storks dropped by as much as 35.5 percent.

“That is a lot for a species of bird with a long life span and a relatively slow reproduction rate.”

Other data show declines also on a national scale, although those are not that drastic.

Stork population drops in the highland areas of the Sudetes and the Carpathians turned out to be 50 percent smaller than those in the lowlands, which suggests that storks are doing better in the mountains.

Wuczyński said: “We don't actually know what causes the decline and local trend differences, the causes may result from phenomena occurring in breeding areas in Central Europe, on the stork migration route, or in its African wintering grounds.

“One of the reasons may be the gradual shift of the centre of the stork's range to north-east, probably as a result of climate change, but for now there is no evidence of the causes of the changes we observe.”

He continued: “Considering the unfavourable national population trends, it may be a consolation that our part of Europe is a kind of decline island, surrounded by spectacular increases of western and eastern European populations. There is hope that vital stork populations that surround Poland will finally start to supply our nests as well.”