Health
This text can be copied
Marek Matacz 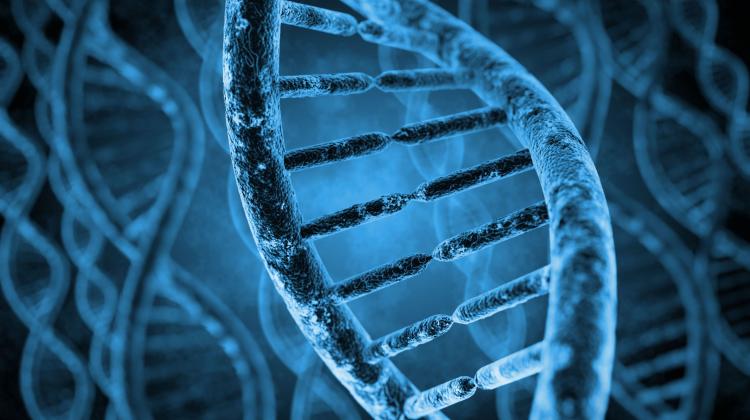 Previously unknown regions of the human genome may contain genetic variants responsible for many diseases, says geneticist Dr. Paula Dobosz. Reading the complete genome sequence can also be used in other fields such as evolutionary genetics or palaeovirology.

In six publications in Science and additional papers in other periodicals, researchers from the Telomere to Telomere consortium presented the first complete sequence of human genome. This knowledge will allow fully understand human genetics and its impact on a variety of diseases.

In the famous Human Genome Project published two decades ago, scientists read 92 percent of the human genome. Complete genome is expected to enable, for example, to study genetic diversity between people in more detail. This is key information for understanding the impact of genes on the development of many diseases and for the use of genetics in healthcare.

'It may turn out that in those regions we did not know before at all or that were incorrectly read, there are genetic variants responsible for the emergence of symptoms of many diseases. There also regions with high variability that enable precise distinguishing between people. These places also have also been technically problematic for precise sequencing', comments Dr. Paula Dobosz, head of the Department of Genetics and Genomics of the Central Clinical Hospital of the Ministry of Interior and Administration in Warsaw.

Reading the complete genome sequence, she adds, is also of cognitive importance, for use in many other fields of science, for example evolutionary genetics or palaeovirology.

She remarks that technological progress has been necessary to describe the complete, gap-free sequence of the human genome.

'In a human genome there are many elements that have been considered extremely difficult to precisely sequence (read), for example due to the huge number of repetitions of the same letters. Such places are primarily telomeres (ends of chromosomes) and centromeres (middle regions of chromosomes). Mainly these places accounted for the 8 percent of the genome, the sequence of which we were not sure of or did not know at all. Technological development, especially the long-reads, accompanied by the development of bioinformatics, enabled us to read the whole genome with great precision', explains Dr. Dobosz.