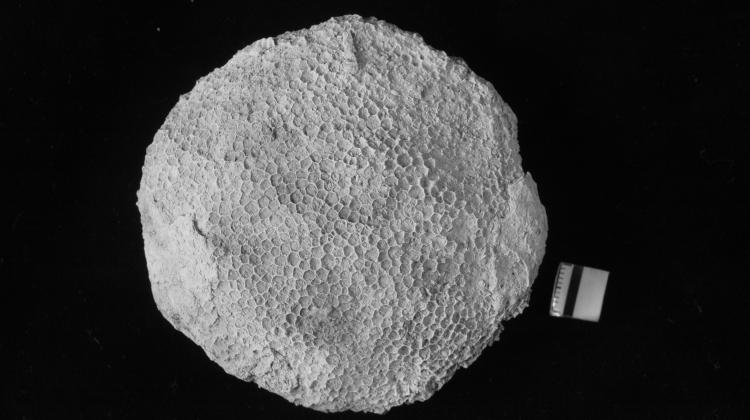 Will a great extinction of coral reefs in the Devonian help understand the threats to contemporary reefs? The authors of an international study involving a geologist from the University of Warsaw draw attention to coral bleaching that led to the collapse of symbiosis of old corals with unicellular algae.

'Reef ecosystems are hotspots of biodiversity, ecosystems in which species diversity is significantly higher than in other ecosystems. The largest reef ecosystems, built, among others, by corals, developed in the Devonian period (about 419-359 million years ago). Several stages of extinction at the end of the Devonian caused a complete degradation of these reefs', explains Dr. Mikołaj Zapalski from the Faculty of Geology of the University of Warsaw, quoted in the university's press release.

With scientists from an international research team, the geologist analysed the Devonian corals, taking into account the anatomical features of both their extinct and surviving forms. The remaining team members were Dr. Tom Bridge, Professor Andrew H. Baird, Professor John Pandolfi from Australia and Dr. Michael McWilliam from the USA.

Contemporary corals can form reefs thanks to their symbiosis with unicellular algae. 'The main threat to contemporary reefs is coral bleaching, the process associated with the increase in temperature, in which the corals get rid of symbiotic algae. This leads to the inhibition of coral growth and reef collapse. Corals that have symbiotic algae show some characteristic anatomical features that allow to distinguish between them and non-symbiotic corals', explains Dr. Zapalski.

Many Devonian corals also had symbiotic algae. However, the multi-stage Late Devonian extinction, related in part with the sea water temperature increase, mainly affected the symbiotic corals. Researchers showed that corals, probably because of the symbiosis collapse, would not resume their reef-forming role for the next 150 million years.

According to experts, observation of the causes and the effects of collapse of Devonian reef ecosystems can serve as a model of changes taking place in contemporary reefs. Limitations of this model are connected with various groups of corals building reefs in the Devonian and now, and with differences in their ecology.

The results of the research project, in which Dr. Mikołaj Zapalski was involved, appeared in Scientific Reports in the article 'Functional Consequences of Palaeozoic Reef Collapse' (https://www.nature.com/articles/S41598-022-05154-6).