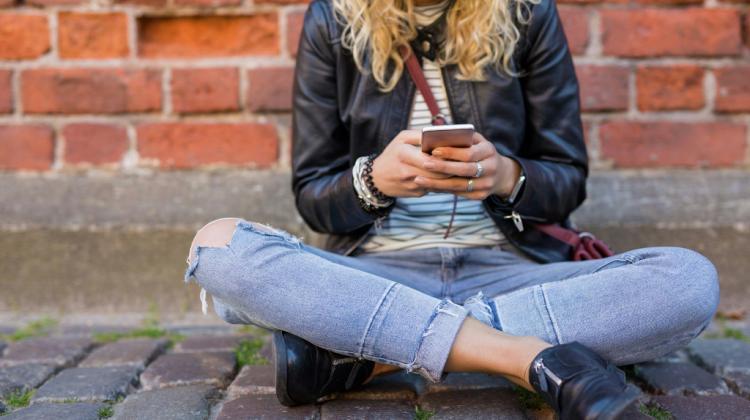 A leading psychologist says that a good relationship between parents and children will stop them from becoming addicts and avoid against other ‘risky’ behaviour.

Dr. Marcin Szulc, a psychologist and professor at the University of Gdańsk said that although the tendency to engage in risky behaviours is typical for adolescence and associated with satisfying developmental needs, “this does not mean that every young person will engage in the same set of risky behaviours and will be exposed in the same way.”

One of the factors that can facilitate engaging in risky behaviours is temperament, a set of relatively constant features characterized by a certain dynamics over time. Dr. Szulc said: “I am talking about the so-called temperamental risk factors that every trait or a configuration of traits can become when, combined with other active factors, it can increase the risk of emergence of behavioural disorders. For example, the demand for stimulation can foster sports achievements, but in combination with different traits it can also foster breaking standards. Research shows that people in whom this tendency is greater, more often engage in risky behaviours, more often smoke cigarettes, use drugs and alcohol, they more often experiment with different hazardous behaviours and even break the law. Whether all this will happen, also depends on the standards accepted in a given environment.”

Research carried out in schools by Janusz Sieirosłowski from the Institute of Psychiatry and Neurology as part of the European School Survey Project on Alcohol and Drugs (ESPAD) published in 2020 shows that alcohol remains the most common substance abuse among young people. In 2019, 80 percent of young people in the 15-16 age group, and 92 percent between 17-18 years old, drank alcohol during their lifetime. Drinking alcohol is so widespread that nearly 50 percent 15-16-year-olds and over 70 percent 16- and 17-year-olds drank it in the month preceding the study.

According to Dr. Szulc, “the key to the so-called new prevention is searching for potentials of these protective factors that will help to oppose risky behaviours, and not scaring with the effects of drug use, which can be really tragic. But this leads to nowhere, we have been scaring for years and the effects are far from intended.”

He added: “An extremely important factor for protecting young people and children against risky behaviours, including the consumption of alcohol, drugs and psychoactive substances is a safe relationship with people important in the child's life.”

Many studies point to the 'toxic' role of loneliness that particularly affects teenagers during the pandemic. Research conducted in Scandinavia and published in 2021 in the Journal of Environmental Research and Public Health shows that loneliness in adolescents is associated with a significant decline in self-assessment, quality of life, and with mental health problems. During the growing period, direct interactions with peers are indispensable for normal mental and social development. Researchers found that social media slightly soothed the need to maintain a social distance but they would not completely remedy the effects of compulsory isolation.

Szulc continued: “First of all, for proper (human-PAP) development, it is extremely important to satisfy the needs and possibilities of making choices. This is a protecting factor at any age. This need, this opportunity to live in a world where our needs are satisfied is a kind of protective shield against various adversities and difficulties that occur regardless of us. One of these needs is forming a good, stable relationship with important persons who we can trust.

“The adult is primarily responsible for forming such relationships with a child based on trust, and thus opening a safe space for talking about difficult topics. Of course, this is not easy, because the child's generation is growing up in a different context than the generation of parents or grandparents.”

The Health Behaviour Research in School-aged Children 2017/2018 study shows that Poland is in third place from last when it comes to the percentage of fifteen-year-olds who have a sense of strong family support.

Dr. Szulc said: “We live a kind of a parallel reality, we keep talking about how important family is, how important our children are, and actually in the ranking of support for fifteen-year-olds we are in the third place from last, only the Bulgarians and the English are worse."

In his opinion, this may be due to many factors, including the still strong opinions that 'children should be seen and not heard', that 'adults have more rights', but it is also a matter of being unprepared to a conversation with a child.

During his meetings with parents, Szulc encourages them to be 'positive adults', who gain knowledge about the world in which their children live, try to understand this world and become significant persons for a child.

He said: “It will be possible if the parent builds a real relationship based on dignity and respect, offers support, is always present while maintaining the autonomy of the child.”

In his opinion, in the case of teenager's problems or suspicion of experimenting with psychoactive substances, it is necessary to talk, share concern, propose a visit to a specialist.

He continued: “This should always take place in agreement with the child and with respect to the child's dignity, I always suggest a message beginning with 'I ...', and not 'you are this or that', for example, 'I'm very worried when ...', 'I'm afraid for you'. There are a number of such sentences that can be used to start a conversation: 'I think', 'maybe we could go together ...', 'I love you very much', 'You are important to me'. This is a much better start of communication than blaming the child, saying that the child has a problem and this is their problem, and not the parent’s.

“Conducive to building good relationships is that everyone is important in the family (...) that we are a source of both support, we are broadcasters/recipients of support, but at the same time emotional independence.

“Allow me to clearly emphasize that allowing the child to express their own thoughts reflection and emotions does not mean that this child takes control of parents' decisions. This would be a proof of family dysfunction. But it is perfectly normal and even desirable to create a space in which the child has the right to speak and express their own feelings without fear that they will be judged or negated by an adult.

“Parents whose views are focused on satisfying adult needs, who closely control the behaviour of the child, do not satisfy the needs of the child and, for example, choose ways of spending free time that bring pleasure primarily to adults and not to the child, consequently build a weaker quality relationship with their child.

“Another important thing is the maximum level of cooperation between parents, meaning that the parents operate in such an agreement that manipulation is not possible.

“Of course, our children do not have such knowledge and resources as adults, so they need a clear message from us, which is why there is nothing wrong with so-called parental control, which significantly improves child safety.

“Thanks to forced parental supervision during isolation, it was possible to delay the nicotine, alcohol and drug initiation of children that would take place under normal conditions. We know from research that the earlier the child starts experimenting with psychoactive substances, the worse the effects will be.”