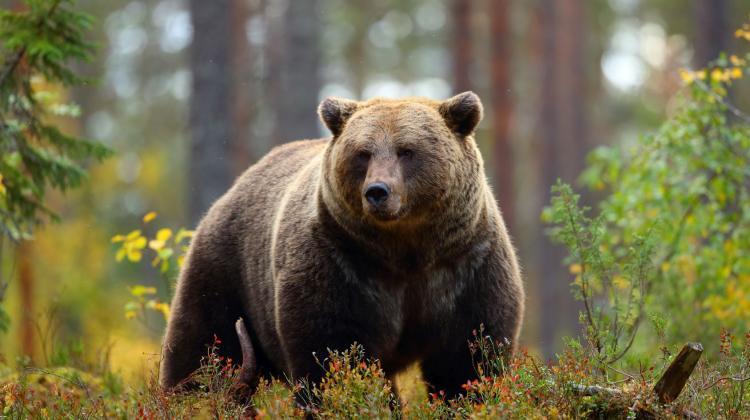 Plant seeds recovered from bear scat germinate better, scientists have found after analysing the diets of over 96 bear populations.

An international group of scientists led by Alberto García-Rodríguez from the Institute of Nature Conservation of the Polish Academy of Sciences collected information on the importance and number of fruit-bearing plant species in the diet of brown bears in Europe, Asia and North America.

They found that after being swallowed, the seeds pass through the animal’s digestive system and return to the environment undamaged which has a positive effect on the development of the population of fruiting plants, which are of great importance in the diet of bears.

According to the Institute of Nature Conservation PAS website, brown bears eat large amounts of fruit. Research shows that the seeds from these fruits are later defecated undamaged in new places and can germinate.

In addition, by digging in the ground, bears can create ideal conditions for seed germination. Other large fruit eaters are not found or are rare in temperate and northern regions. Brown bears have an important role in the development of plant populations as they are responsible for dispersing seeds over long distances.

García-Rodríguez said: “Over the past centuries, humans have exterminated most of the large fruit eaters in many areas. Some species, such as elephants and rhinoceros, still exist in the tropics and have a key role in seed dispersal and plant survival.

“The lack of other large fruit eaters in non-tropical regions means that in these areas bears are the only animals capable of transporting seeds over long distances. These far displacements are essential for plants, as they guarantee the exchange of genetic information between plant populations and facilitate the colonization of new areas.”

The study published in Scientific Reports was conducted by scientists from the Institute of Nature Conservation of the Polish Academy of Sciences in cooperation with Senckenberg Biodiversität und Klima Forschungszentrum and Philipps-Universität Marburg in Germany, Instituto de Productos Naturales y Agrobiología in Consejo Superior de Investigaciones Científicas in Spain and the Association Pracownia na rzecz wszystkich istot in Poland.

The research was carried out as part of the international project BearConnect.

The publication 'The role of the brown bear Ursus arctos as a legitimate megafaunal seed disperser' is available at: https://www.nature.com/articles/s41598-020-80440-9