Life
This text can be copied
Anna Ślązak 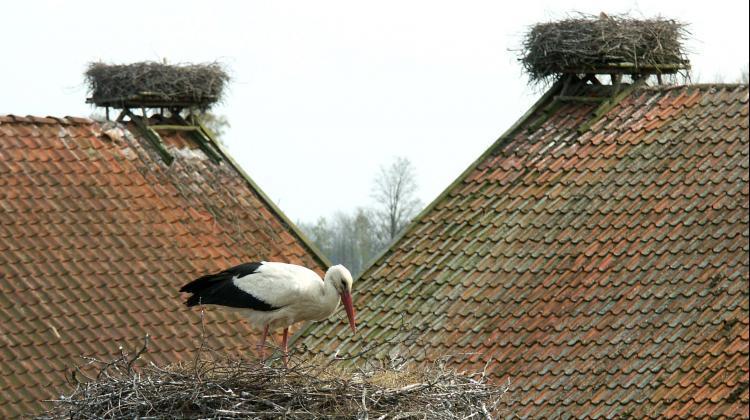 Fertile soil found in the nests of white storks is created over decades by the birds themselves, researchers have found.

Scientists at the University of Agriculture in Kraków and the Polish Society for the Protection of Birds (PTOP) discovered that rather than the soil being brought to the nest, it is in fact formed inside the nests.

Dubbed ornithogenic soil, meaning that it was formed with the predominant participation of the birds, the researchers said: “Storks use their nests for years, often over half a century, expanding them each year, thanks to which nests can reach impressive sizes and weigh over 1.5 tons.

“The main building materials are sticks, branches, turf and manure. Litter also occurs, and over time, this material heavily decomposes, creating something like a strongly compacted cylinder inside the nest.

“It turns out that it exhibits features of soil.”

Each new season of using the nest means a new supply of organic material: food residues, faeces and pellets (clumps of undigested parts of food, such as bones or hair). More feathers and egg shells are added.

Closer inspection of the soil in the nest structure enable the scientists  to distinguish layers of different composition. They said: “There are profiles with different physical and chemical properties; the soil is acidic, it is rich in nutrients such as calcium, magnesium, sodium and potassium, as well as heavy metals (mainly copper, zinc and cadmium).

“It is an excellent living environment for numerous microorganisms. It is no wonder then that during our research we found 82 taxa of fungi and 22 insects, many of which are closely related to the soil environment.

“Half of the fungi are species previously unknown to science.”

They estimate that the total mass of nest material (including soil) determined for the entire world population of this species is about 100,000 tons.

They added: “This is another study that shows how important the role of white storks is to the environment.

“And is not only that they are an indicator of high biodiversity in the areas surrounding their nests. It turns out that the nests themselves are real hot spots of biodiversity. Small, but extremely rich worlds, composed of many unique organisms.”

The study was published in the journal Science of the Total Environment.