Law 2.0: Expert teams want a departure from the mass approach to doctoral studies 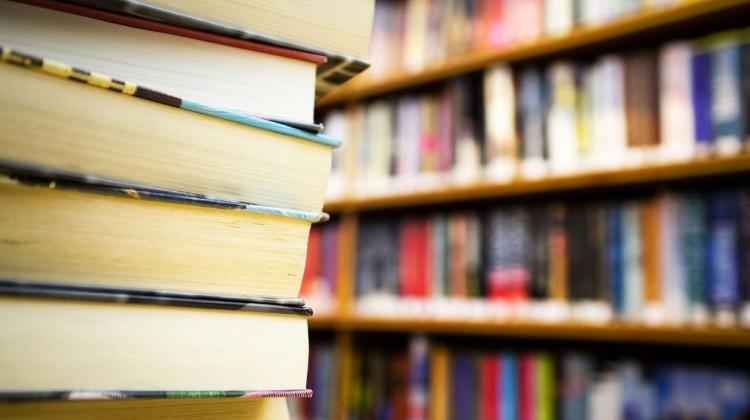 University authorities should be able to manage more efficiently, and doctoral studies should not be so common - the three teams that have worked on the principles of the new law on higher education have different approaches to changes, but their programs do have common points.

In late January, three independent research teams that had received grants to develop the principles of the new law (the so-called Law 2.0) submitted their projects to the Ministry of Science. The Ministry of Science will prepare a new bill based on the results of their work.

The new regulations have been prepared by three groups: the team of Prof. Marek Kwiek - associated with Adam Mickiewicz University in Poznań, the group led by Dr. Arkadiusz Radwan - formed at the Allerhand Institute in Kraków; and the team of Prof. Hubert Izdebski, affiliated with the University of Social Sciences and Humanities in Warsaw.

While each team has different priorities and different approaches to the reform, there are some common points in their programs.

Izdebski\'s and Kwiek\'s teams agree that higher education institutions should be divided into three groups: research, teaching, and research and teaching. The division would depend on the university\'s strategy and the quality of conducted research. Furthermore, Kwiek\'s team proposes to select the best 3-5 flagship universities from among the research universities.

In turn, Radwan\'s team introduces limitations for universities, associated with scientific categories. Only the institutions with the best evaluation results should be automatically allowed to offer second cycle degree programmes. Those with worse results will have to obtain permission from the authorities. Certain evaluation result should also be required to offer first cycle degree programmes.

Kwiek suggests that the weight of a management should be moved to the level of rector, and the collective bodies (senate and faculty boards) should have advisory roles. Izdebski believes that the area of operation of the senate and the rector should be limited. The role of the latter should be limited to the area of teaching and research, and representative functions. The role of the chancellor selected in a competition should be more important.

Radwan believes there should be a separation of governmental authority at universities between two positions: rector and president. Rector - representative of the employees - would be selected by the senate. President - who would have executive authority - would be selected by a new body - the board of trustees. Its members would include representatives of the university, but also external stakeholders (such as businesses, local governments, alumni).

Prof. Kwiek also proposes that universities should have boards of trustees with representatives of external stakeholders. They would, however, have only strategic and supervisory functions, and the composition would differ depending on the type of university. Representatives of the academic community would constitute the majority in these bodies.

Izdebski does not mention boards of trustees in his project, but he agrees that there should be a body representing external stakeholders.

Izdebski says that the current federalization of universities should be avoided. Kwiek and Radwan believe that universities (and not faculties) should have the power to confer the degree of doctor.

In addition, Radwan\'s team proposes that university staff should be able to create bottom-up operational units - chairs, centres, institutes. Employees would declare the percentage of involvement in those units (up to 4 units per 1 employee). The units would compete with each other for money.

Radwan believes that the only academic degree awarded in the new system should be the doctoral degree, and its rank should be raised to the current rank of habilitation. According to him, in the new system "the eagle ceases to be the guarantee of quality, and the university logo becomes such guarantee". His draft assumes that the degree of doctor may be awarded only by institutions that conduct research at an appropriately high level. According to his proposal, habilitation is discontinued, and the title of "professor" ceases to be a scientific title and becomes a job description. (Radwan does not exclude that professors who retire could retain the title). Besides, according to Radwan, employing a young doctor at the university, where he has earned his doctorate, should not be allowed.

Izdebski works on the assumption that two categories of doctorate should be created - professional doctorate and academic doctorate - equivalent to PhD. Habilitation would not be necessary to achieve scientific independence. The title of full professor should only be awarded to the best scholars - as a distinction.

Kwiek, in turn, believes that the degrees of doctor, habilitated doctor and professor should remain, but should be more difficult to obtain. According to him, university professorship should be abolished. Besides, in his opinion, the role of people who have reached the age of 70 should be limited at universities. According to him, such persons should not take part in making decisions concerning promotions and financial matters. According to Kwiek, there should be a legal rest status for professors who have worked for 30 years at public universities or institutes of the Polish Academy of Sciences. Moreover, according to Kwiek there should be a program to support the most distinguished professors in their research.

Kwiek wants the number of students to be determined by the attractiveness of the study course, and universities to have autonomy in shaping the number of undergraduate and graduate students. Selective admissions and autonomy of universities in the creation of fields of study should also be increased.

Radwan believes that the traditional division into lectures and classes should be abandoned - classes could be, for example, taught by several lecturers, they could have the form more similar to seminars, or utilize the opportunities offered by massive open online courses (MOOC). According to him, students should work more independently, in small groups. Radwan also proposes that instead of running language centres, universities could introduce language school vouchers. His project also foresees the need for a universal and mandatory evaluation of classes by students.

Izdebski also proposes changes concerning education. According to him, not all fields of study should be free of charge. Only regulated fields (including those which are now uniform master\'s) and the university courses offered only by selected universities would remain free. Most of the current courses would be unregulated - paid (this concerns primarily vocational courses).

Teams agree that the scale of recruitment for doctoral studies should not be so massive.

Izdebski and Kwiek agree that doctoral studies should be limited to full time studies and that all doctoral students should receive doctoral scholarships.

Radwan assumes that doctoral students should be employed (in a competition) as assistant professors. They would have less teaching duties and could freely combine classes they teach with their own research. But there would also be the "cut the umbilical cord" principle. After obtaining a doctoral degree, researchers would have to look for work elsewhere.

Radwan believes that there should be a basic and teaching grant, which would go to operational units - the amount of funds should depend on the size of the unit and its scientific excellence. State higher vocational schools would be rewarded for cooperation with the socio-economic environment - each 1 zloty produced from the environment would be matched by the state.

Kwiek proposes a similar mechanism, but in relation to the best research schools. According to him, each university, which acquires 1 million zlotys grant (for example from the ERC, NCN, NRDC, FNP), should get another million from the state. In addition, he proposes a program in which flagship universities would be selected. According to Kwiek, the centres with poor evaluation results should not receive grants for research.

Details of the proposals of three teams are available on the website of the Ministry of Science.