Polish software will help in the diagnosis of cancer 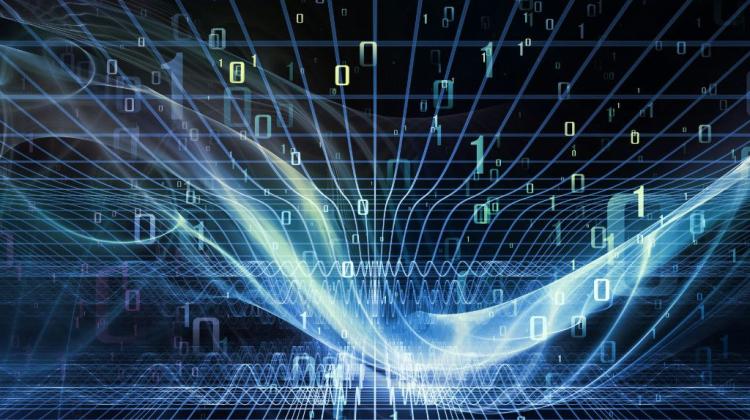 Computer algorithms developed by Dr. Henryk Olszewski can be successfully used in the diagnosis of cancer. The system is a breakthrough because it allows you to identify on the image from the scanner the boundaries of areas only slightly different from the surrounding soft tissue, such as tumours.

Dr. Henryk Olszewski from the Institute of Applied Informatics, State University of Applied Sciences in Elbląg, together with a former student, now a programmer and computer expert Wojciech Wojtkowski, developed three-dimensional models of the heart, lungs, bone and cardiovascular system of 11-month-old Maciek - Wojciech Wojtkowski\'s son.

Maciek was born with complex heart defect. Wojciech Wojtkowski said in an interview with PAP that his son had undeveloped arteries between the heart and lungs, as well as hypoplasia of the pulmonary vasculature, and poor configuration of the blood vessels and deficiency in ventricular septum of the heart.

In the fourth day of life the child underwent a life-saving surgery. Cardiac surgeons performed an anastomosis in the form of a tube, which provided blood flow and oxygenation of the heart. However, this is a transitional state, the child grows and the connection is inefficient.

To help cardiac surgeons from St. Adalbert hospital in Gdańsk Zaspa prepare for the next operation, Maciek\'s father and his former lecturer Dr. Henryk Olszewski undertook to develop a model of the patient\'s heart. The 1:1 models of the heart and lungs will help plan the steps of the operation, reduce the risk of surgery and predict its effects.

Dr. Henryk Olszewski told PAP that the starting point for developing models of the heart, lungs and blood vessels were DICOM images from the CT scanner.

In total there were 650 so-called slices, or flat cross-sectional images of the chest of the child, taken in equal intervals of 0.4 mm. The depth of the child\'s chest was 26 cm - explained Dr. Olszewski.

As he said, science has publications on modelling the bone. Bone structure is clearly visible in DICOM images because shades of grey showing bony structures are clearly outlined in CT images - he explained.

"Nobody undertakes to extract soft tissue for modelling because the shades of grey showing the structures and contours of the tissue in the tomograph image are very similar. That was the biggest problem, the idea was to write a program that could distinguish between the shades of grey in a low gradient tomographic image" - said Dr. Olszewski.

Developed software described the shades of grey of adjacent tissues and found edges of different structures in one DICOM image. Thus, a contour of one specific soft tissue such as the heart was obtained in a single DICOM image.

There are software (Materialise system MIMIC), which linearly connects edges of the structures, but its lease is very expensive - said the scientist.

"I invented another, point method, in which a spatial grid of points is applied on the outlined edges, and intermediate points are interpolated between the point layers to obtain a 3D cloud of points, then on the cloud a grid of triangles (simplexes) is built, and coating is spread on it using splines" - explained Dr. Olszewski.

"I try to have a few thousand points in one image, when it comes to Maciek\'s heart, the number of points was 1 million 300 thousand, and 760 thousand triangles. This is not manual work, the grid of points is built by algorithms" - said the scientist.

"With the algorithms I created a model of the heart, lungs and blood vessels of the boy. Wojtek did the modelling with different system and a different method" - the scientist emphasised.

"Based on this data set we created our own models of tissues on the basis of images DICOM, so that doctors could chose which of the proposed models was the best and most accurate" - said the scientist.

He added that in addition to the model of the heart, the lung model was crucial for the planned operation.

"It turns out that Maciek\'s heart is virtually embedded in one lung lobe. During the operation, doctors will have to find a way to reach the heart. Since the boy does not have a separate artery between the lungs and the heart, doctors will have to place a plastic tube to replace the artery. The tube will stretch and lengthen as the child grows. But to do this, first they need to find a free spot in the lungs" - explained Dr. Olszewski.

Lung model was used to find such free space. The generated model of the lung is so accurate that after slicing you can see the lung parenchyma and the distribution of pulmonary blood vessels. Therefore, cardiac surgeons will be able to find a place where they can remove lung parenchyma without damaging the pulmonary blood vessels - said the scientist.

"It may be helpful in detecting tumours. Currently, tumours are detected in PET (positron emission tomography). In this method, isotopes introduced into the vascular system accumulate in tumour tissue and can be seen in tomograph images. With the developed method, cancerous tumours that in CT scans have different, often compact structures, can be distinguished from healthy soft tissue" - noted the scientist.