Is scarless wound healing possible in humans? Scientists from Olsztyn are working on a solution 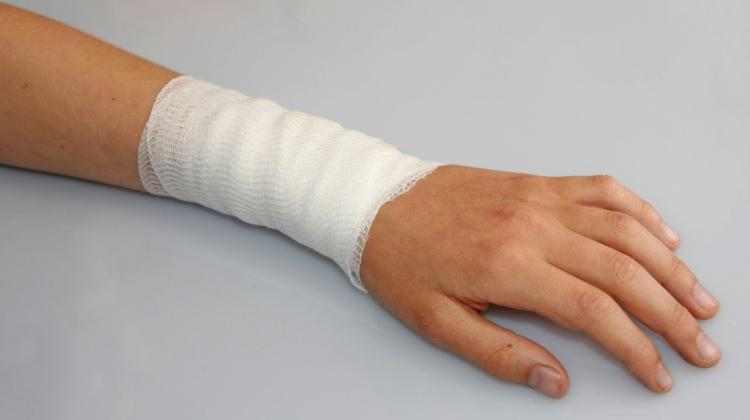 Can wound heal without leaving a trace? Scientists from the Polish Academy of Sciences in Olsztyn are working on a solution. People are capable of scarless regeneration, but only in the womb; this ability later disappears. According to the researchers, snail slime has strong regenerative properties and may help heal existing scars.

Mammals, including humans, are not capable of scarless wound healing. "Each wound heals forming a scars, sometimes they are hypertrophic scars, impeding life and not pretty from the cosmetic point of view" - told PAP Prof. Barbara Gawrońska-Kozak from the Institute of Animal Reproduction and Food Research of the Polish Academy of Sciences in Olsztyn.

However, in utero wounds in people heal scarlessly. "If a surgery on a child is carried in the womb, the child will be born without a formed scar, it is impossible to see the place of the surgery. This means that during our development we have the scarless healing, regeneration ability, and we lose it in adulthood. Is it possible to re-route it in adulthood, to avoid scars? That is what we are working on" - explained Prof. Gawrońska-Kozak.

As pointed out, there is one strain of mouse, called nude mouse, which has the ability to heal without scar formation. "These mice do not have a particular gene, which is present in humans. The question is whether this gene is responsible for the formation of scars or not" - said the scientist.

"In our research we use in vitro cell cultures and molecular biology methods in order to investigate the mechanism by which scar healing may be redirected to the regenerative way. This could allow to develop treatments and therapies for people suffering from skin diseases" - Dr. Joanna Bukowska told PAP.

Olsztyn researchers are also investigating the possibility of using the compounds naturally occurring in nature in order to help patients. According to Prof. Gawrońska-Kozak, slime secreted by snails may be one of these compounds.

She noted that snail slime is already used in cosmetics, but it can also be used as a therapeutic. "There are not many studies on this matter and we plan to start this research route" - she added.

Mariola Piłat-Skalmowska from the Polish company Snails Garden, manufacturer of cosmetic creams based on pure snail slime, emphasised that it has the highly regenerative, restorative, moisturizing properties, and it is rich in vitamins, allantoin and collagen.