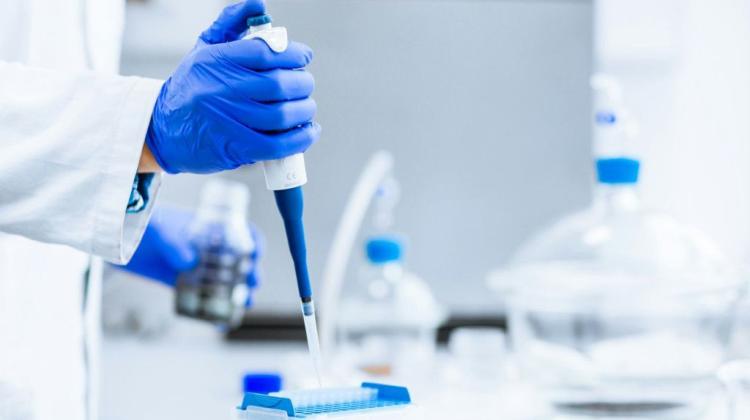 We have made significant advancements in the treatment of myeloma, six new drugs for this disease will be available soon - said Prof. Wiesław Jędrzejczak during the International Congress on Hematologic Malignancies in New York.

We have made significant advancements in the treatment of myeloma, six new drugs for this disease will be available soon - said Prof. Wiesław Jędrzejczak during the International Congress on Hematologic Malignancies in New York.

Dr. Jatin J. Shah, MD of the MD Anderson Cancer Center in Houston, Texas (USA) emphasised during the meeting that these drugs "represent new mechanisms of action and are associated with high expectations". Some of them are monoclonal antibodies (elotuzumab and deratumumab) which act on the myeloma cells. Elotozumab has the additional advantage that also affects the immune cells that combat myeloma.

Multiple myeloma is one of the most common malignancies of the haematopoietic system.

The second group of drugs entering the treatment of myeloma are so-called HDACs (histone deacetylases). One of them, discussed in detail at the congress, is panobinostat. "Drugs of this type are not a breakthrough, but they do improve treatment outcomes" - said in an interview with PAP Prof. Wieslaw Jędrzejczak, head of the Department of Hematology, Oncology and Internal Medicine, Medical University of Warsaw.

"Another group is called proteasome inhibitors. The first of them was introduced many years ago: bortezomib, which has already lost patent protection. New generation drugs of this type are carfilzomib and ixazomib" - explained during the meeting Prof. Antonio Palumbo of the Medical University of Turin (Italy).

According to prof. Jędrzejczak, the great advantage of ixazomib is that it is taken orally and can be used in outpatient care. Other preparations are injected. On the other hand carfilzomib in combination with other drugs such as lenalidomide and dexamethasone, allows to achieve up to 100 percent remission of the disease in some patients. In 75-80 percent patients there is at least partial remission of the disease.

"That had not been observed before. This may cause that in the future the transplantation of hematopoietic stem cells will a delayed-type option. Patients in complete remission, and even better - molecular remission, will only be monitored. Transplantation will only be required in those who do not have such a response" - said Prof. Jędrzejczak.

The congress it was repeatedly emphasized that drugs with different mechanisms of action allow to treat patients more effectively because they can be better tailored to individual patients, and the subsequent stages of the disease, which is more difficult to control with each recurrence.

In Poland, bortezomib is reimbursed in the first line of treatment. On the other hand, lenalidomide is in the new multiple myeloma treating program, which takes effect from 1 November 2015.

"In our country, however, lenalidomide is refunded only in the so-called second line treatment. In other countries of the European Union it is a first-line drug. Pomalidomide is increasingly used worldwide in relapsed myeloma, but Poland it is not reimbursed yet"- Prof. Grzegorz Mazur from the Medical University in Wroclaw told PAP during the congress.

The effectiveness of treatment improves also in Poland, but not at the same rate as in other countries. "Early myeloma patients used to have an average life expectancy of 3 years in Poland, now it is more than 6 years on average" - told PAP Prof. Jędrzejczak.

The data of Hospital Mayo Clinic (USA) presented at the Congress show that in the United States as early as 2001-2010, the median survival of patients with multiple myeloma reached 7.3 years. Soon it may be increased to 10 years, when new groups of drugs are used to a larger extent.

"For the vast majority of patients myeloma is not a treatable disease, but increasingly it is a chronic condition" - said Prof. Jędrzejczak.

For Polish myeloma patients, new hope are clinical trials that will begin in the coming months and will include patients from our country and the United States. Participating patients will receive the latest, very promising triple therapy with lenalidomide, dexamethasone and carfilzomib.