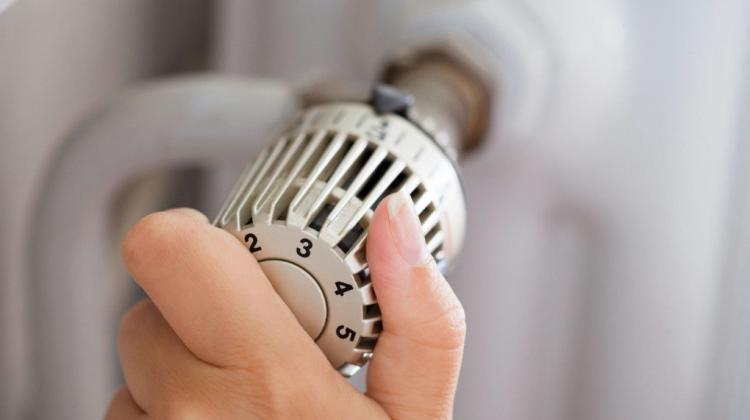 The original and inexpensive system for heating buildings in the winter with the heat accumulated in the soil during the summer has been developed by Dr. Marek Krzaczek from Gdańsk University of Technology. Construction companies are interested in the new method. A house in which the system will be tested is being built in Kaszuby.

The idea of Dr. Krzaczek - employee of the Faculty of Civil and Environmental Engineering, Gdańsk University of Technology, is based on the use of polypropylene pipes, which will be installed in the roof, exterior walls and in the soil around the building.

Krzaczek explained in an interview with PAP that the pipes will contain water with flow controlled by AC-powered pumps. The pipes on the roof - appropriately disguised for aesthetic reasons - will act as a solar collector. The pipes in the walls will act as "radiators" heating the house, while the pipes placed underground will transfer heat to the soil in the summer, to be used in winter to heat the house.

"Pipes in the ground will be arranged within the outline of a building at the foundation level, about two or three metres below ground level, where, thanks to the heat coming from the Earth\'s core, the temperature is higher than on the surface. The soil has good accumulation properties and although obviously some heat will dissipate, the amount that can be stored will be enough to heat a house using a system of pipes arranged in the outer walls, forming something we call the Wall Thermal Barrier" - Krzaczek told PAP.

He added that the whole project was developed so that - if necessary - during a very hot summer, the system could be used to cool down the outer walls of the house.

The researcher noted that almost all the components used to build the system are commercially available, well-known and widely used in construction. "Originality here is the use of unique control system that can manage the flow of water to maintain constant temperature produced by the pipes in the walls. The secret is also in the arrangement of the pipes"- explained Krzaczek.

He did not want to reveal too many details of the system, including the arrangement of pipes in the walls. He explained that some of the elements of the project are unique and European patent procedure for them has been initiated.

According to Krzaczek, the advantage of his system is not only its universality, but also small assembly cost accounting for about 4-5 percent total cost of the construction of the house. "In addition, the system is designed to work without any replacement of parts for about 50 years" - he said and added that the previously known heating systems that use renewable energy sources are more expensive, and some parts used in their construction need replacing after only 10 years.

The scientist revealed that in Warzno (Kaszuby) a test house is being built that uses the system he invented and developed since 2009. The 300 sqm building is nearly finished, and the installed innovative heating system will be launched in early spring.

Krzaczek explained that various measurements are already carried out on the plot in Warzno, including temperature in the ground. The measurement results will be used as a comparative data during the house testing. The testing, which will show how the system works in practice, is expected to take two years. But - as the scientist noted - the interest in his project is so large that it is very likely that the system will be used in commercial construction even before the completion of the tests.

Construction of the house and research on the plot in Warzno were possible with a grant obtained in 2013 by the company Sewaco (cooperating with the scientist) from the National Centre for Research and Development. The project was also supported by the Centre for Knowledge and Technology Transfer of Gdańsk University of Technology.

The system developed by Krzaczek has won many awards at innovation competitions. In 2011, the project won the second prize in the international competition "Lafarge Invention Awards". It was also awarded by the European consortium KIC InnoEnergy under the initiative Call for Proposals 2014.