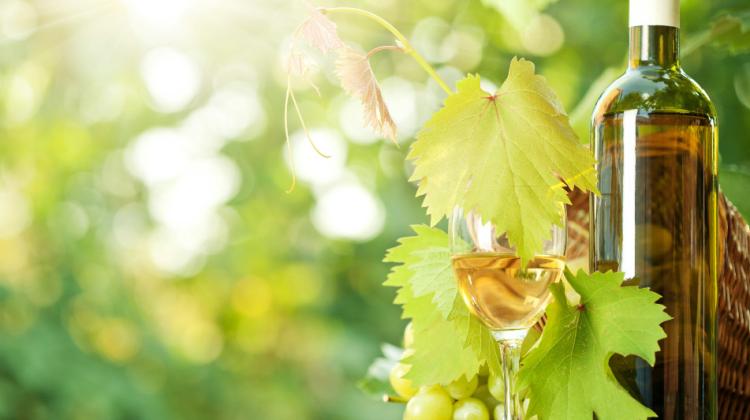 Gaudeamus will be the name of the wine produced at Wrocław University of Environmental and Life Sciences. The author of the winning name is Adam Poznar - President of the student government. The name is dignified and joyful at the same time, the competition jury justified their choice.

The competition announced by the Rector received 22 applications containing 64 name proposals. Ideas were sent from all over Poland - Warsaw, Kamiena Góra, Nowy Sącz, Radom, Kąty Wrocławskie. Most proposals came from the staff and students of the University of Life Sciences in Wrocław.

"Jurors chose the name Gaudeamus, because - as justified - it is dignified and joyful at the same time, and it reflects the academic origin nature of the grape wine by the produced university. Other considered names, such as: Gaudevini, Gaudevinus, ViniUP, VinUP, Rector and Bacalarus did not gained such recognition" - reported the university spokeswoman Małgorzata Wanke-Jakubowska.

The author of the winning name is President of the student government - Adam Poznar. As a prize, he receives an invitation for two to the wine tasting gala on Friday, November 28th.

The Wrocław University of Environmental and Life Sciences Vineyard was founded in the spring of 2012, in the Research and Teaching Station in Samotwór. More than 1,000 seedlings of grapevine, in several varieties, were planted on the area of 0.40 ha. The white varieties that grow in the vineyard include classic and popular in Europe Chardonnay, Riesling, Solaris. Dominating among the red varieties are Regent, Pinot Noir, Rondo, Cabernet Cortis and Cabernet Dorsa. Vines of the University of Life Sciences were first harvested in 2013, and will reach full fruiting in 2-3 years.

"Cultivation is conducted in accordance with the principles of integrated fruit growing. The grapes from the university vineyard are harvested at the time of the so-called technological maturity. Once they achieve a balance between the content of acids and sugars, they go to the Faculty of Food Science, where they are subjected to the vinification process. During the various stages of the process (crushing, pressing, fermentation, clarification and maturation) the final quality of the wine is shaped"- reads the Wrocław University of Environmental and Life Sciences press release.