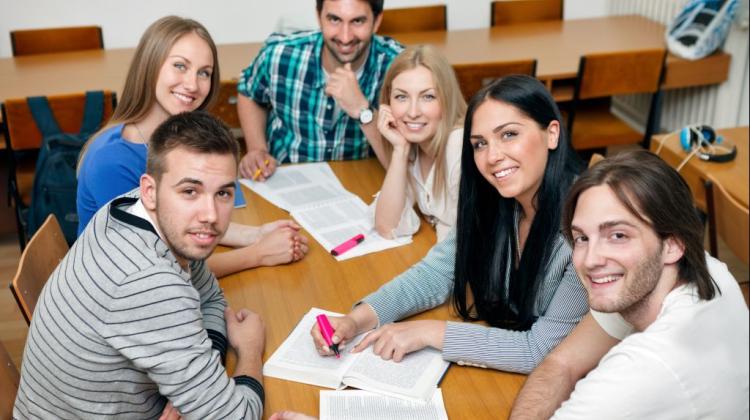 In the next academic year, approx. 340 foreigners want to begin studies at the University of Opole, and more than 40 at the Opole University of Technology. They are mostly Ukrainians, but also Moldovans and Belarusians. Exchange students are mostly Turks and Spaniards.

Vice-Rector for Promotion and Management at the University of Opole (UO), Prof. Wiesława Piątkowska-Stepaniak told PAP that among nearly 340 foreigners who have so far declared their willingness to study at the UO, Ukrainians are the majority. "But there are also a dozen people from Belarus, Moldova and Georgia" - she added.

For comparison - in the past year there were slightly more than 180 foreign students at the University of Opole. Most of them - nearly 150 - were Ukrainians. The favoured courses in international relations, economics, political science, logistics and English Philology.

According to Prof. Piątkowska-Stepaniak, a large number of candidates from the east interested in studying in Opole is the result of several years of promoting the university in that region. Not only by established two years ago Centre of Eastern Partnership, whose main task is to attract students from the area of the Eastern Partnership to Opole, but also, for example, volunteer students, who promoted the UO in Ukraine. On the other hand, promotion of the university in Moldova included a visit of a group of high school teachers and principals to Opole schools, and meetings with youth and parents in high schools in the capital of Moldova, Chisinau.

According to prof. Piątkowska-Stepaniak studies in Poland and at the University of Opole are also financially attractive for young people from the east. Holders of the so-called Card of the Pole, confirming the Polish nationality, do not pay for education. For others – e.g. Ukrainians, Georgians and Moldovans - the cost of studies at the UO is 3.6 thousand zlotys per year, which is very attractive compared with western countries.

The number of foreign students at the UO is steadily increasing. In the academic year 2010/2011 there were 83, a year later 105, and in the last year already 181. More students also come to the UO for a semester or two in student exchange programs and Erasmus. Head of the Office for Scientific Research and International Relations at the, Aleksandra Schwierz reported that in the past academic year at the UO there were 79 Erasmus students. Most of them - 46 - were from Turkey. They were also Spanish, French or Belgian students. A year earlier, the hosted 50 exchange students from abroad.

Foreigners also study at the UO in the Europe Master MA degree programs, known as "Weimar" studies, from the Weimar Triangle. These studies were launched jointly by the University of Opole, Johannes Gutenberg University of Mainz in Germany and the University of Bourgogne in Dijon, France.

More and more foreigners are accepted to Opole University of Technology. Head of Department of International Cooperation of the university Piotr Kokorczak said that so far more than 40 foreigners registered for full-time studies at Opole University of Technology this year. Registration will continue until 24 September. "We estimate that total in the coming academic year more than 50 foreigners will start studying with us, mostly from Ukraine and Belarus" - added Kokorczak.

The interest in studying at Opole University of Technology is also a result of the promotion of the university across the eastern border, at education fairs in Kiev, Ukraine and in Minsk, Belarus. "The university also promotes its offer in Ukraine through cooperation with partners in Kiev, Kherson, Vinnitsa and Odessa. We work, for example, with Odesk University of Technology and the Technical University in Ternopil, offering joint study courses" - added Kokorczak.