Prof. P. Urbańczyk: We consider ourselves a part of the West, not the East thanks to Mieszko I 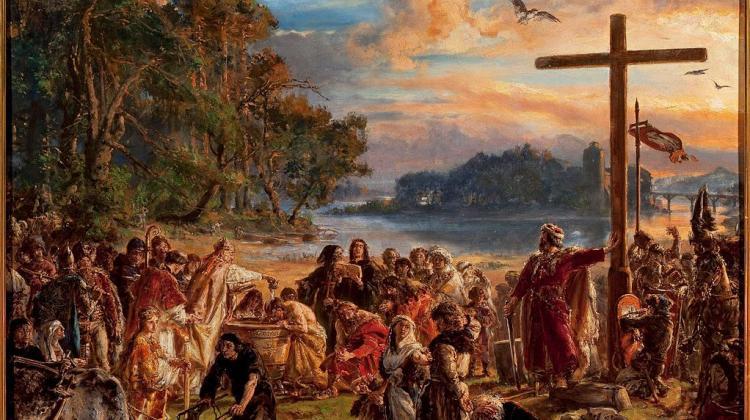 By joining in the structures of the Church with the centre in Rome, not in Constantinople, Mieszko I decided that we consider ourselves a part of the West, not the East, says Prof. Przemysław Urbańczyk from the Cardinal Wyszyński University and the Institute of Archaeology and Ethnology of the Polish Academy of Sciences. The archaeologist researches the beginnings of the Polish state.

Prof. Przemysław Urbańczyk reminds that there is little information about the baptism of Mieszko I and none of the existing records come from that period.

From the perspective of archaeology - he says - we can exclude the hypothesis of the Christianisation of pagan subjects by Mieszko.

"Archaeology has not provided any evidence of Mieszko`s wider missionary activity. We do not have any objects related to liturgy or sacral buildings outside Poznań. Even the burial rituals had not changed until the times of Bolesław I the Brave, meaning that the inhabitants of Mieszko`s lands continued to burn their dead. All this indicates that Mieszko probably did join the Christian world, but only with his immediate surroundings" - Prof. Urbańczyk says.

According to the professor, the consequences of the Piast ruler`s decision were extensive. "At that time, Christian Europe was separating itself from the barbarian world with a very strong barrier" - he explains and adds that breaking this division required a decision to enter the Christian world by joining the Church structures.

By decree of Pope John XIII and Emperor Otto I, in 968, Bishop Jordan was sent to Mieszko.

"As a result of decision, today we use the Latin alphabet, ourselves a part of the Western world. Had Mieszko decided to adopt the Eastern version of Christianity, we would probably write in Cyrillic and feel more connected to Russia than France, Germany, Italy and other Western countries" - explains Prof. Przemysław Urbańczyk.

The expert points out that in the light of archaeological discoveries at Ostrów Tumski in Poznań, the theory of not pagan, but Christian roots of Mieszko is justified.

The discovery in question is the stone palace of Mieszko I built before 966 with an adjoining chapel.

According to Urbańczyk, Christianity could have been brought to Wielkopolska by fugitives from Great Moravia, which was destroyed by Magyars in 906. "This way of thinking is confirmed, among other things, by the name of Poznań, the most important city of Mieszko, which is undoubtedly a reference to the family of the Moravian Poznans" - he explains and adds another indication is the name Świętopełk, which Mieszko gave his younger son.